Ten years after his death, Prosser is still remembered fondly by Deacon fans

EDITOR’S NOTE - This story originally ran last year on the ten year anniversary of Skip Prosser’s death. It is once again July 26th, and we want to keep the memory of Skip alive in our own way each year, so it is being republished to remind everybody what Skip meant to us all.

It’s hard for longtime Wake Forest fans like myself to believe that it has been ten years to the day since our beloved coach Skip Prosser died of a heart attack after running running on the track at Kentner Stadium on campus.

Today, Demon Deacon fans, former players, coaches, broadcasters, and people all across the basketball world share their memories of Skip and talk about his impact on their lives.

For me personally, I remember Coach Prosser as always being kind and reaching out to all Deacon fans, but especially interacting with kids. After contacting his office and informing them that I would be at the game on my birthday, Skip sent me a signed poster of the 2003-04 team on which he had written “Happy Birthday Edward”. He also sent me a media guide. That poster still hangs in a frame on my wall. I also have letters that Coach Prosser and I sent back and forth.

Perhaps one of the best things about Skip though were his witty sayings and his command of the English language. A few favorites are “If you can’t be on time, be early”, “Never delay gratitude”, the “ABCs of life-Academics, Basketball, and Character”, and of course “Meet me on the Quad at midnight”.

Wake Forest Magazine ran an article on some of Skip’s best sayings. They begin on page 20, but I recommend checking out the whole article.

Here are some memories of Skip shared today:

Are you a 3-to-6 player or a 6-to-3 player? How much are you willing to invest in the game each day? Thank you Coach Prosser! pic.twitter.com/p29SP2fAlg

Ten years ago today, we all lost a great friend in the great Skip Prosser. I still miss him, every day. pic.twitter.com/EyyA3JNWHI

Wake the Neighbors, Wake the Nation, Tie-Dye Nation, One Team One Fight
Coach Prosser put @WakeMBB back on the map & created @tiedyenation pic.twitter.com/6rCSBQwTCy

July 26 is always a tough day, but it is a day to remember all that Skip Prosser did for Wake Forest. pic.twitter.com/2namDgG1uW

"Never delay gratitude" "If u can't b on time b early" "The ABCs of life-Academics, , Character" "We're going to b good again" RIP Skip ❤️ pic.twitter.com/5zCp0bJsrG

R.I.P. Coach..I'm still trying to pass on all of the life lessons u taught me. Miss u! pic.twitter.com/5NQ5RMZsbc

10 years ago today we lost a great leader, coach, mentor and friend. We miss him. Skip Prosser's legacy remains strong with all of us. pic.twitter.com/9oDCyZrx9D

Hard to believe it has been 10 years. Miss my dear friend but grateful for his incredible impact on so may lives. #NeverDelayGratitude pic.twitter.com/NeH46d37hq

10 years later, I still carry this card in my wallet, still lean on the lessons you taught us everyday. RIP Coach Prosser. #OneTeamOneFight pic.twitter.com/JfWc1E8dzd

2002 in Mebane watching @CP3 play in AAU game. Skip spotted me in crowd wearing a Wake hat and made his way across gym to thank me. #class

You better believe we will. Rest In peace coach we're working on something big in Winston!!!
pic.twitter.com/gT3csa2zj1

It's been 10 years since you have passed but your life continues to live through each and every person you touched. We had a year and a few weeks together but I learned a lifetimes worth of knowledge. lol I don't remember what was being said here but I'm sure "tough" and or "you freshman don't understand..." was used. Whatever it was I know I was better because of the one sided exchange lol. Man I miss you and those witty one liners I often catch myself using still today.

10 years ago today the world lost a great man. Skip Prosser made a tremendous impact on my life and I will always be grateful. #deacs

It's been 10 years since we lost Skip Prosser. Grateful to have known him. pic.twitter.com/PwaXvra8As

Really hard to believe it’s been 10 years since Skip Prosser’s death. Feels like yesterday, yet SO much has changed since then at Wake.

Hard to believe it’s been 10 years since Skip Prosser passed away — at the age of 56. Seemingly everyone in college hoops loved Skip.

Coach Mack talks about the influence of Skip Prosser on his life. pic.twitter.com/M0Uw6pc1P5

Lasting memory of late Skip Prosser was his 14 hour "tutorial on life" on flight back from visiting troops in Iraq. Miss you, Skip. #10years

Hard to believe Skip Prosser died 10 years ago. He treated everyone the right way-even remembered my name when I interned a long time ago

I never had the chance to meet Skip Prosser but his "Prosserisms" and effect on the basketball community were profound. They continue today.

Skip Prosser was a true gentleman, great coach, incredible friend & as genuine as they come. The prism he looked at life was about others

The game of basketball doesn't build character it Reveals it. " Skip Prosser"

Have this cover hanging in my basement, I'm glad to be pictured in this moment https://t.co/a8j6kyqmGG 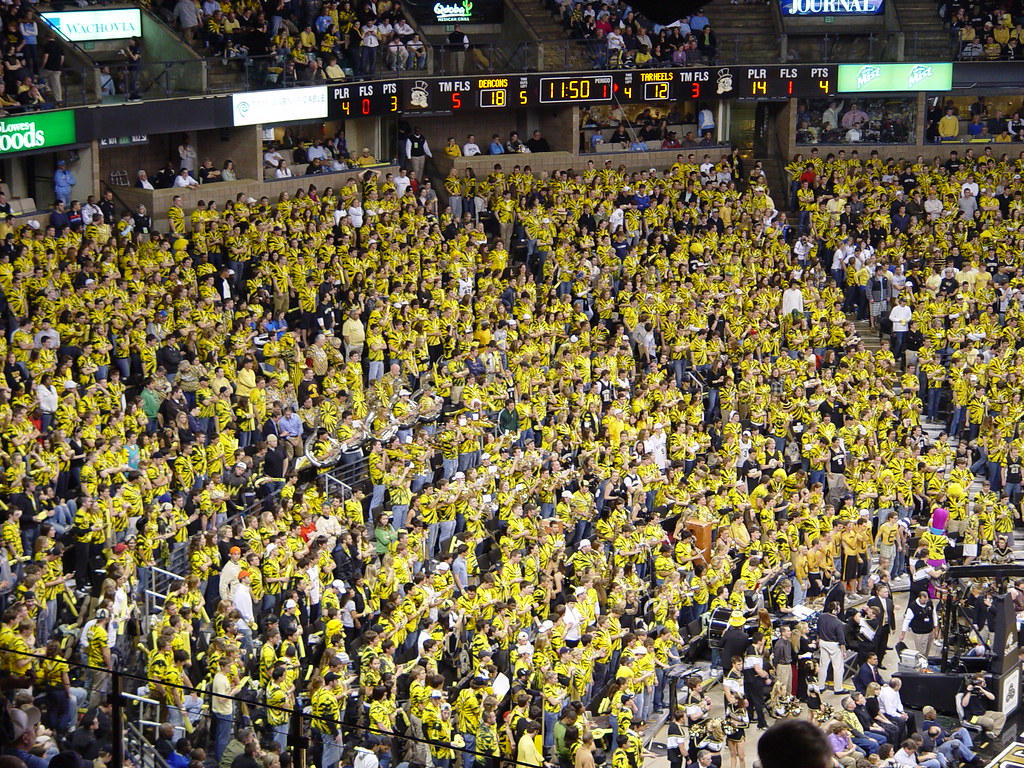 Skip Prosser was the true embodiment of Pro Humanitate. There has never been a better example of serving for the people.

Wake Forest hasn’t been the same without you Skip. You are greatly missed. Rest in peace Coach.