The conference tournaments have finished and the NCAA Tournament brackets have been released. Below are screen shots of the bracket, a printable bracket, and some quick thoughts on the bracket. 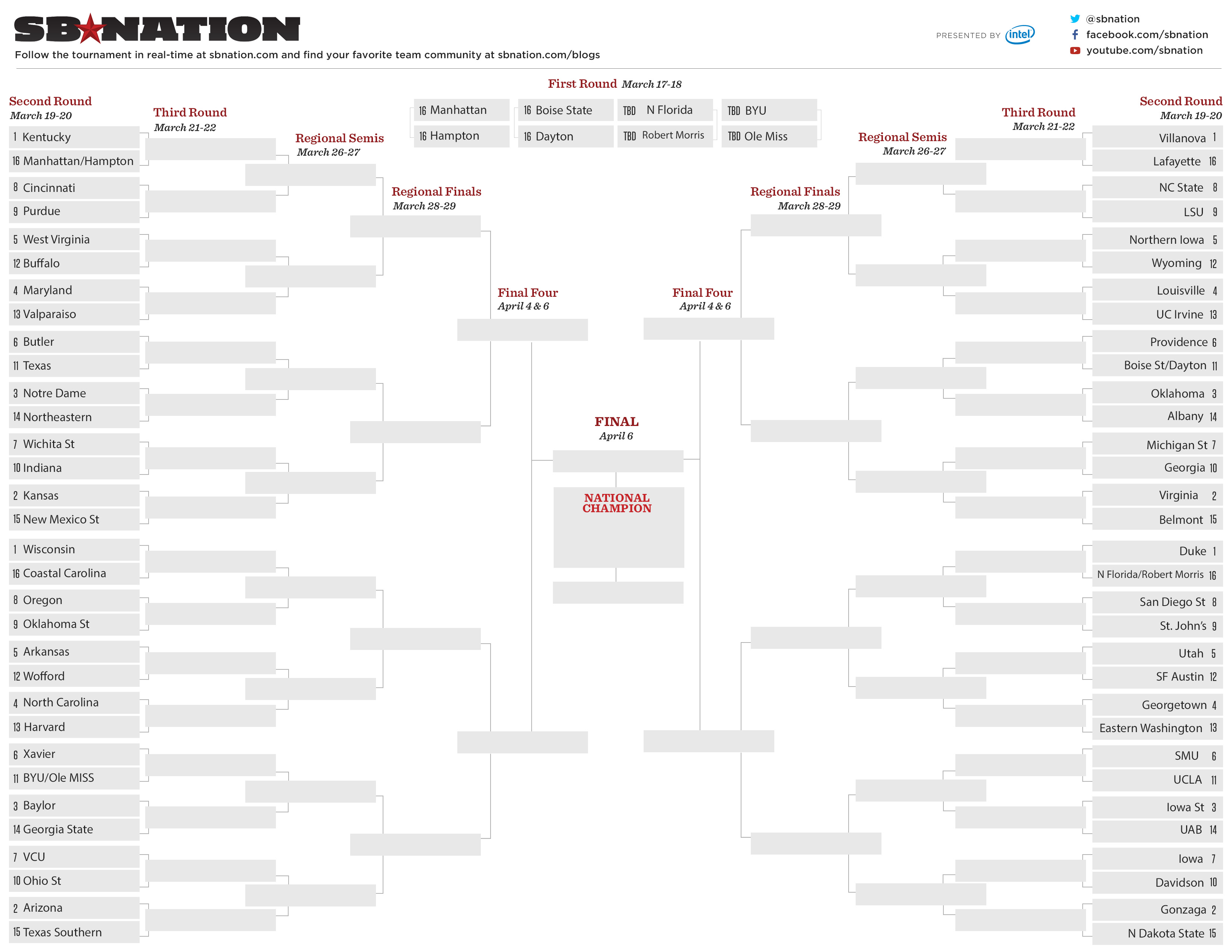