We now know the reason for the indefinite suspension. We couldn't make it up if we tried.

According to a file obtained through the North Carolina Court System, Wake Forest quarterback Kevin Sousa has been charged with Driving While Impaired (Offense Code 5405) and his driver's license was revoked (Offense Code 9955). His court date is set for October 14, 2014. The school announced yesterday that he was suspended indefinitely for a violation of team rules. When asked if they wished to comment on the charge, the school stated that they would have no further comment.

An eye-witness to the incident told Blogger So Dear that late Saturday night, Sousa was seen driving his vehicle onto the upper quad. He entered the quad by removing the black gate between the Kitchin and Poteat dormitories, before driving across the quad to the Subway located on campus. The eye-witness stated, "He was not driving recklessly, rather, he just coasted up on the sidewalk to the Subway and got out. It's not like students were sprinting to get out of the way. Sousa was then chased down by several Wake Forest police officers, before being turned over to the Winston-Salem police."

At Wake Forest University, the normal procedure for instances of drunk driving is - by student government mandate - suspension for one semester.  It is unclear what Mr. Sousa's status with the football team will be moving forward. The redshirt junior is a former 3-star recruit with offers from Michigan and Miami, but never attempted a pass for Wake Forest in a competitive game. 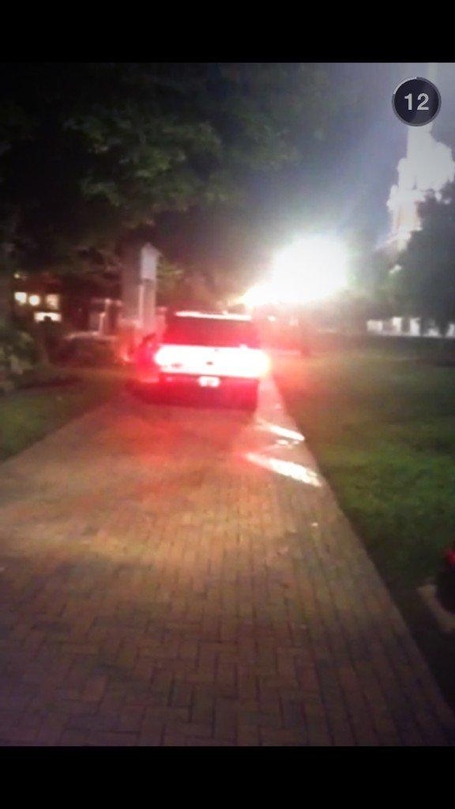