The Winston-Salem Open draw has been released. No. 1 seed John Isner faces the winner of Wake commit Noah Rubin and American Bradley Klahn.

The Winston-Salem Open announced the tournament's draw in the Deacon Tower tonight. With the help of last year's champion Jurgen Melzer, sponsors, guests, and media-and even me-picked tokens out of a bowl to determine the draw and set up the matches.

Wake Forest commit Noah Rubin will open his ATP career against fellow American and No. 116 player in the world Bradley Klahn. Klahn, a 23-year-old lefty, won the 2010 NCAA Singles Championship with Stanford and has peaked at No. 63 in the world.

However, Rubin has been on a tear this summer, with a win at the Junior Wimbledon Championship, followed by the U.S. Junior Singles and Doubles Championships in Kalamazoo. Rubin became the first player since 1979 to win both the singles and doubles championship. As a result, the Long Island native earned a wild card in the U.S. Open singles and doubles tournament in New York next week. This match serves as a good opportunity for the 18-year-old to get his feet wet on his home courts against the stronger and more powerful professional competition.

No. 1 seed and Greensboro native John Isner has a bye in the first round, but will play the winner of Klahn and Rubin. Undefeated in Winston-Salem Open competition with two titles, the No. 14 player in the world enters as the favorite in his hometown event. The big server could meet the No. 3 seed Tommy Robredo-coming off an upset of Novak Djokovic in Cincinnati-in the semifinals.

One of the last names to be called was Melzer, who was visibly nervous in anticipation to learn his fate. The waiting worked on his behalf, however, as the fan favorite will face a qualifier in the first round. 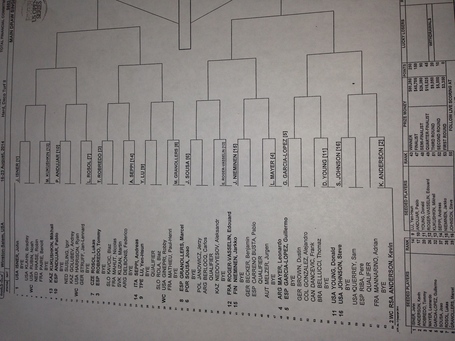 The tournament starts tomorrow and the finals are on August 23rd. BSD will have you wired with coverage for the ATP 250 event all week. Come out and support the world's best tennis players at this great event!

If there are any specific player profiles or stories you want, feel free to respond below.