We all know that Florida State has had extraordinary recruiting classes lately and that they are a far more talented team than Wake Forest. Just how much more talented are they?

I'm a firm believer that Florida State beats most of the opponents on their schedule on the first Wednesday of February, and not necessarily on select Saturdays in the Fall. Jimbo Fisher and his staff have done a marvelous job recruiting lately, and they have the rankings to prove it.

Beginning in 2010, their national Rivals rankings have been 10th, 2nd, 6th, 10th and 4th. That's how you build a national championship team in the 2013 season. Meanwhile, Wake Forest's recruiting rankings have been significantly lower than Florida State's since that time. Beginning in 2010, their national Rivals rankings have been 69th, 70th, 70th, 58th and 59th. Those first three years, especially, is how you build a program that hasn't been successful late in seasons as of late due to lack of depth. You combine those two things plus a home field-advantage and that's how you arrive at a 38.5 point spread on Saturday afternoon. Admittedly recruiting evaluations are not perfect, but they are the number one predictor of success that a player will have at the college level. With that in mind, let's take a look at the Rivals ranking of each player in the two deep.

The Seminoles have an excellent offense, and they average approximately 3.7 stars/starter, which is 0.8 stars/starter better than Wake Forest's offense. It's also worth considering that Florida State's 3-stars tend to be rated higher than Wake's 3-stars When you add in experience, this is no contest. 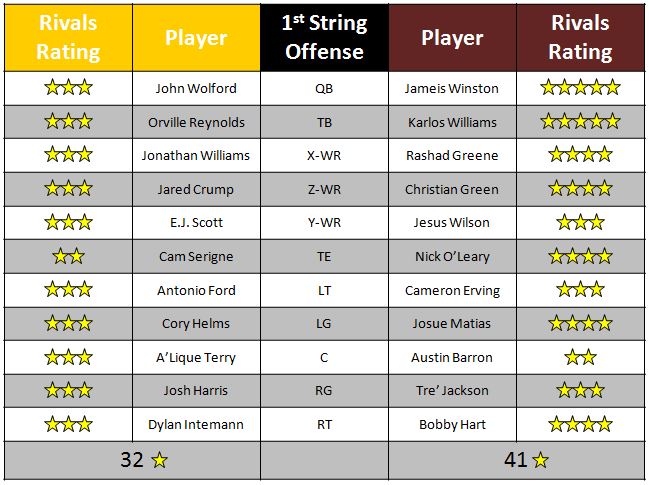 The Seminoles 1st string defense is loaded with talent, despite losing a number of starters to the NFL. They average exactly 4 stars/starter, which is nearly 2 full stars greater than Wake Forest's average. Kevin Johnson was certainly underrated coming out of high school, and Hunter Williams and Anthony Wooding Jr. have clearly outplayed their lack of a ranking, but the talent differential is still very noticeable. Wake Forest's defense is by far the best part of its roster, and Florida State is still considerably better than Wake Forest on defense. 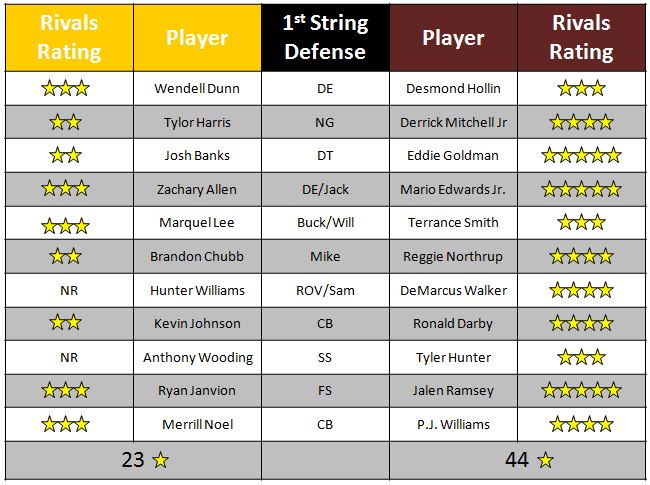 While certain positions like backup quarterback don't typically play in every game, recruiting really shows up when you get to the second string players. Having depth allows teams to better deal with injuries and to keep players more fresh throughout games. Wake's second string offense primarily consists of three-stars, but the Noles have four 4-stars and one 5-star on their second string offense. That's such an incredible luxury to have. 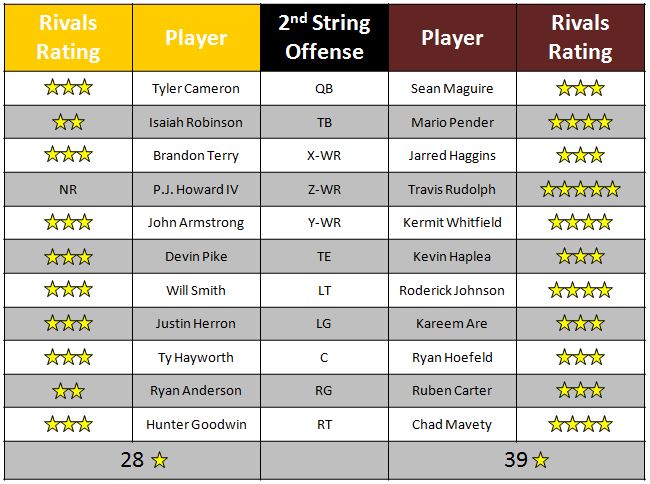 Wake Forest's second string defense actually has slightly higher rankings than the first string, which shows that recruiting rankings are not perfect. Still, FSU continues to demonstrate their excellent depth by trotting out a second string defense that averages 3.63 stars/starter and has seven 4-stars.These players can contribute on special teams, and help alleviate some of the problems #FSUTwitter has with punter Cason Beatty. 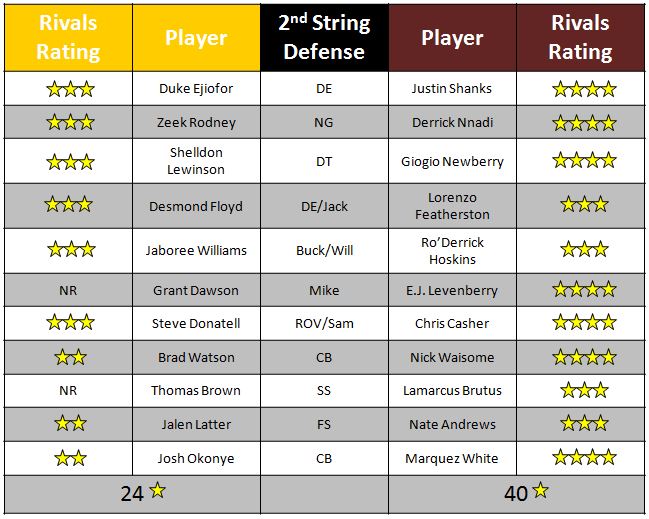 In total, Florida State has 164 stars in the two-deep compared to 107 for Wake Forest. That works itself out to be an average player of a 3.72 star to a 2.43 star, which is very significant. The talent level in Tallahassee is truly scary, and it's easy to see why they are such prohibitive favorites.