Blogger So Dear's John Mundy spent four days covering the ACC Tournament in Greensboro. This is all he could come up with.

Before we get started, a word from our hosts:

Now, then. The Miami Hurricanes won their first-ever ACC basketball championship on Sunday, capping a three-day run in Greensboro that featured the (re?) emergence of Shane Larkin, who played like he had a chip on his shoulder, dropping 20, 23 and 28 points over the weekend to earn MVP honors. Following the championship game he had this to say:

"I don’t know about the other guys on the team, but I do a lot of research online, seeing what people are saying about us, individual players on our team, saying, and I just kept seeing that everywhere, "They peaked too early. They’re not going to do anything. They’re ﬁnished." And that motivated me to go out there and play as hard as I could."

Though Larkin's performance was indeed worthy of a place in ACC history, the most lasting impression Miami gave us was this:

Furthermore, let's be clear about something: Miami has (my least favorite word) SWAG. There's no other word for it. First of all, they aren't just No. 1 in the conference in basketball, they are No. 1 in shoe game as pointed out by the Fayetteville Observer's Stephen Schramm. Additionally, they took the floor on Sunday before tipoff wearing a hoodie/shooting shirt combo that was just outstanding.

Also, Jim Larranaga (tilde? no? I dunno) is cooler than you: 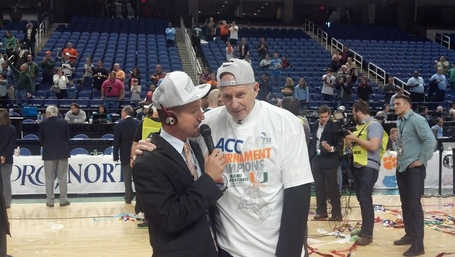 Now that we're done kissing up to the new ACC Champs, let's get to the winners and losers from the 2013 ACC Tournament (note: there are no real losers, save for "Angry Wake Forest Fan" and "Duke"):

Maryland. It's not close. Prior to the start of their first round game against Wake Forest, they opened their pre-game set with Nena's "99 Luftballoons." Winner, winner, chicken dinner. Although by the end of the semifinal against UNC I was tired of "Teenage Mutant Ninja Turtles," no other band has as expansive a playlist as the Non-Marching Terrapins, or whatever they're called. Of all the things we will miss about Maryland in the ACC, this is...the only thing.

Miami. They really only play one song (see video above if you were too lazy to do so before), but it's super-catchy and their dance team, um, dances to it. Win. 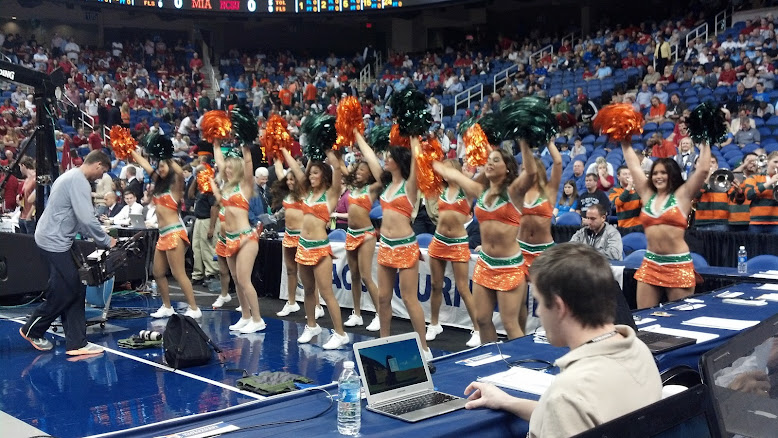 "Anything Can Happen," y'all. I hate Ellie Goulding. That, and the North Carolina State fight song. I love a good fight song, and they have a great one. I especially like the version they play at the second media timeout of the second half.

"The place to know, is Greens-bor-o."

Click the link above to learn about the mysterious Intense Wake Fan. Kenny Herbst was a walk-on at Wake Forest and Tim Duncan's road roommate in the 90's. He's now a business professor and will probably keel over one day somewhere behind the Wake Forest bench. 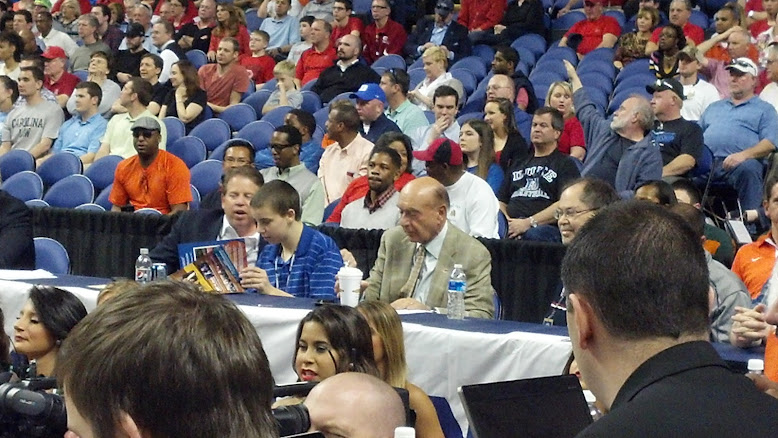 Debbie Antonelli is the best. The end.

The biggest lesson I learned during this basketball season is that Antonelli knows more about both men's and women's basketball than anyone else. I could be wrong, but I'm not. So there.

There is no excuse for anyone to know so much about Wake Forest women's hoops unless you simply do more homework than everyone else. She also works around eleventyteen men's and women's games a season. Following the men's final, I asked her if she planned on sleeping anytime soon.

She gave me her itinerary for the next few weeks. That answer would be, "No." 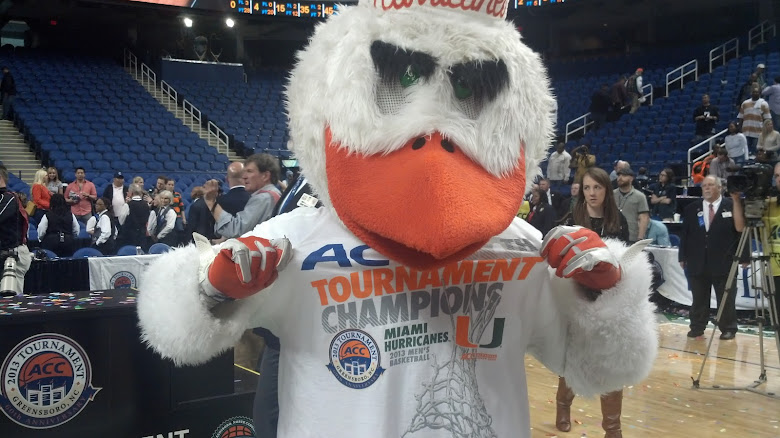 And since this was supposed to be a learning experience for Yours Truly:

Well, that's about it. I guess if I look at it honestly, I did some writing but really just hung out with other writers, Tweeted a lot, and took advantage of the endless media hospitality food. Oh, and this: 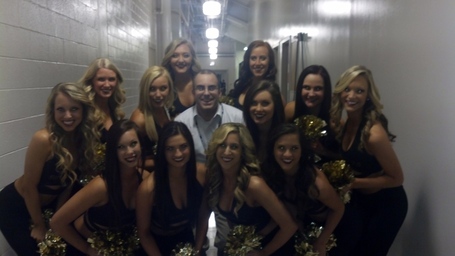 Maybe Shane Larkin wasn't the MVP, after all.