Mundy Evening QB: Campanaro is ACC Receiver of the Week

Michael Campanaro is rewarded for his 153-yard performance against State; Offense answers the bell in 28-13 victory.

Share All sharing options for: Mundy Evening QB: Campanaro is ACC Receiver of the Week

After winning All-Conference honors in 2012 despite missing time due to injury, Wake Forest fans wondered what senior flanker Michael Campanaro would do for an encore. After six games, Campanaro is ranked 4th in the nation in receptions per game (1st, ACC) and 10th in total receiving yards and receiving yards per game (also 1st, ACC).

On Saturday, Campanaro torched the Wolfpack secondary for 12 catches, 153 yards and 2 touchdowns. For his efforts, the ACC announced Monday that Campanaro was the conference Receiver of the Week. Per a release from Wake Forest, this is Campanaro's third such honor, having received the award twice in 2012. 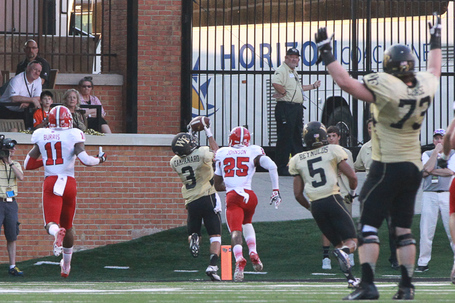 From the "Credit where credit is due" Department:

What Steed Lobotzke and Tom Elrod did to the offensive game plan was just pure evil- if you're a Wolfpack fan. The Deacs emptied the backfield on multiple occasions and perplexed the Pack defense with the wide spacing of the offensive line. At times, running back Josh Harris would leave his spot beside quarterback Tanner Price and split all the way out.

For an offense that has been criticized in this very space for being inefficient and too predictable, Saturday's effort was a well-planned, well-executed breath of fresh air for Deacon fans. 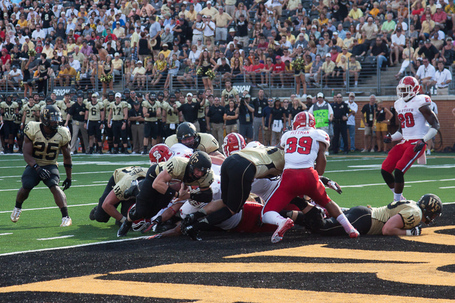 One of the stranger sights of the afternoon was Price continually toting the ball downfield, en route to a career best 82-yard, 1 touchdown rushing performance.

I had the opportunity to ask former Deacon defensive lineman Jamil Smith, who was watching from the sideline, how come Price had such open space to run through. He opined that Price was just watching what the safety did, and if he rotated over Price was gone. The State defense was doing what it was supposed to do, and their coaches never adjusted.

Of the few complaints directed at the defense this season, there has been concern over missed tackles once the ball carrier reaches the secondary. Redshirt freshman Ryan Janvion finally had a breakout game, recording 11 tackles (7 solo) in a dominating defensive effort by the Deacon defense. I asked cornerback Kevin Johnson, who recorded another spectacular pick, about what the Deacs did differently.

"After the Clemson game, our coaches really harped on the fundamentals and the basics, and I felt like that showed up on the field today." 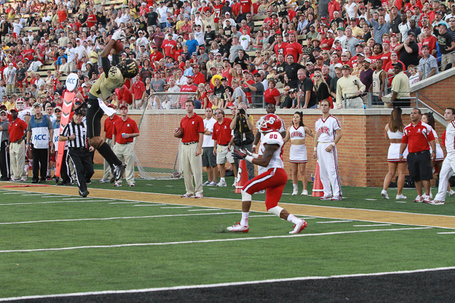 The Deacs are off this week, and coach Jim Grobe was in a giving mood. Asked by Dan Collins of the Winston-Salem Journal how he would treat the bye week, Grobe replied:
"We're going to do things a little bit differently. Typically what I like to do is give the guys the first of the week off and kind of let them recover, and then we usually work on the weekend to try to keep them in that routine. But this is Fall Break, and I really felt like if I made my guys stay Friday and Saturday it would be like child abuse- they may actually turn me in, especially after a win." 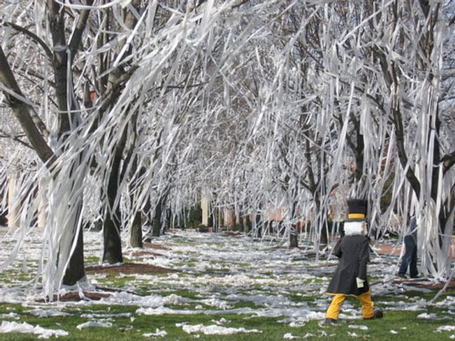