A preview of Tuesday night's home contest against the Wolfpack, as well as some ACC-related odds and ends.

Wake Forest enters Tuesday's clash with the Wolfpack on a two-game losing streak, capped by a gut-wrenching loss in Blacksburg on Saturday. A win on Tuesday night would cure a lot of ills, moving the Deacs back to .500 in conference and back in the thick of things for ACC Tournament seeding. However, the mighty KenPom gives Wake only a 26 percent chance of victory. A loss would move Wake Forest to 2-4 in the ACC and further damage to what appears to be an already fragile psyche.
The Deacons are 0-4 against N.C. State in the Bzdelik era, losing by an average of 23.25 points per meeting. In order to gain a measure of revenge against the Wuffies, Wake will have to improve greatly on last week's disastrous shooting performance where they shot 25 percent and 37 percent from the floor against Clemson and Virginia Tech, respectively.

Wake Forest is a much improved rebounding team this year, but if you can't score, that statistic becomes insignificant. Turning rebounds into buckets, especially on the offensive end, will be key for the Deacons. On defense, C.J. Leslie will (rightly) command a lot of attention but there are simply too many good athletes on that squad to completely shift focus onto one player.
Additionally, and I've written about this before, the Deacs simply have to have a third scorer out there. Here's a hint: it's not Arnaud William Adala Moto. There is absolutely no reason for him to be jacking up shots outside of two feet. Unfortunately, Moto's defense requires that he stay in the game. Subbing him out for Chase Fischer greatly exposes Wake Forest on the defensive end. Unfortunately, either C.J. Harris or Travis McKie will need to dominate this game, and you can bet that Mark Gottfried and Bobby Lutz are all over that aspect of the game plan. Somebody -- anybody --needs to step up.
Finally, the talent level on the team and their coaching staff is as good as most anyone in the country, yet this squad is prone to lapses in concentration. How else can one explain their loss to Maryland and the way they let Georgia Tech and Boston College hang around before time finally ran out? Despite the talent and experience disparity, this is game that can be had for Wake Forest. The time is now to take the big step forward that the Wake Forest community is looking for. 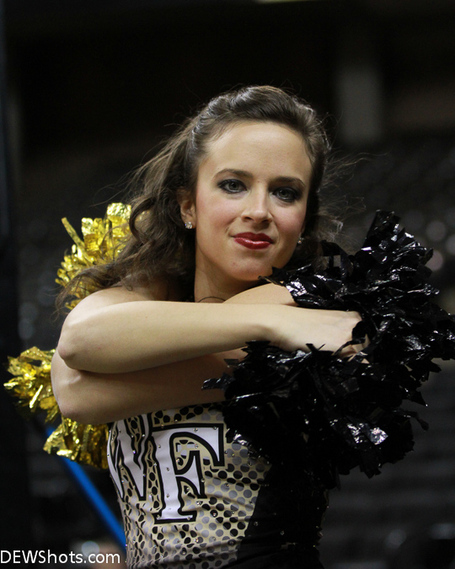 Raise your hand if yesterday's news about Frank Haith sent you scrambling for the Wake Forest record books. Haith spent a sizeable amount of time on the Wake Forest bench and recruited a good many Deacons.

Wake is not in any danger of the NCAA showing up on its doorstep (I'm sure they give the Deacs a collective, "Bless their hearts"), but it sure makes for interesting conversation doesn't it? Is the grass ALWAYS greener on the other side? How many years will Frank Haith's imminent termination set back an embattled Missouri program?

In other news, don't look now but that team wearing baby blue is getting it together. I'm not sure why the ABC community gets so excited when Carolina starts the way they did. History shows us that, more likely than not, a bad Carolina team is as good as the middle of the ACC.

Rest assured, this season's editions of Duke versus Carolina will be just as competitive as years past.

Finally, in case you didn't notice (and you haven't), the Wake Forest women's team is showing its mettle in conference and has set themselves up for a shot at a good finish. Changing coaching staffs, especially coming off of a wildly successful season (by Wake standards) is a difficult proposition, yet the team and staff have come together to produce one dangerous basketball team.

They are home twice this week: Thursday against Miami (6:30 p.m.) and Sunday against Virginia (2:00 p.m.). Tickets are $6 and parking at the Joel is free. There's no football, so grab the kids and come on down to LJVM. Make sure to stop by and say, "hello"! 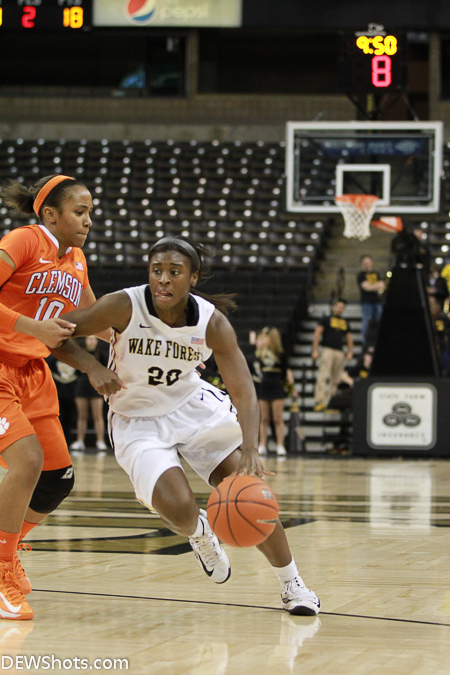