Share All sharing options for: Know Thy Fanbase: UNC vs. Wake Forest Edition

This is a new feature that will start coming out every Friday that the Deacs play a game on Saturday. Basically the premise is this: every fan base has people that are really dumb and post really dumb things on message boards. This article identifies those quotes from said message boards and consolidates them into one place for us to point and laugh at.

To be nice and fair I will do the opponent of Wake Forest, as well as our very own Wake Forest Demon Deacon fans, who, believe it or not, are also prone to overreaction and general dumb statements just like everybody else. Following each embedded quote (with the name of said poster removed so feelings aren't hurt), I will provide some analysis as to why they are especially funny. Some will stand on their own as no comment I make will make the initial post even funnier.

Without further ado I present: Know Thy Fanbase Part I

Note: All posts came directly from either OGBoards (Wake Forest), or InsideCarolina (UNC). Names were removed but otherwise are the exact post as they appear on the website

Click through the jump for sheer hilarity and sideslapping comedy.

We'll start with Wake Forest fans posts after a 20-17 win over Liberty on Saturday.

We were both ill prepared and horrific against Liberty.I'm willing to give it another couple of weeks but if the opener was an indication of things to come this season, then Grobe is losing this long-time supporter. We should not be struggling to beat Liberty at home in the 12th year of the current regime. That game was eerily reminiscent of the Caldwell era.

Nobody is claiming that the Liberty game wasn't an abomination, but of all the times you could be turning your back on Coach Grobe, losses to UNC and FSU (if they happen), teams that will likely be ranked in the top 25 and top 5 respectively by year's end is an odd time to do so.

Nothing I'm saying here is new but after hearing Grobe tonight after the game I know for sure wakes offense will suffer for the forseable future. The older Grobe has gotten the more conservative his play calling has become. The afam warriors are going to roll up I40 next Saturday and beat wake's ass.

I don't necessarily disagree with the statement with regards to Coach Grobe becoming even more conservative in his playcalling. I think it's funny that the first game of the season against Liberty is what took this guy to go over the edge with regards to our offensive mindset.

Not really. Blaming the coaching staff ("FIRE LOBO!!!!") for not calling better plays is really getting old and silly, and worse, just misses the real problem, which is lack of talent. Very, very few of our starters would start for Va Tech, Clemson, Fla St or Ga Tech, probably not even for UVA or State or UNC this year. Look, every year for the past five years we have been ranked at or near the bottom of the ACC in recruiting.

Once again, I agree with this general statement, but against Liberty there is not a talent disadvantage. Pretty interesting timing to bring up statements like this.

Time for all you Pollyanna fans to fess up that you have been drinking the Lobo Kool-Aid way to much. Sure our defense looked great against a really bad OL in practice, well Liberty seemed to handle them fairly well. You can not win a lot of game with out a good OL. We have not had a good OL since 2006 and right now do not have a good one. They may develop and be good in the future, but right now they are young and inexperienced. Lobo still sucks as an OC and we'll see how much that costs us this year. But we have an average defense-- better if we can get Bud back, but just average and while we have some play makers on offense, the line is just too weak to allow things to develop. Not to mention the bonehead call of running behind the weak line on 3rd and 1 when the hand off to Camp was the play. It is going to be a long year. Vandy looks much improved. Duke is better and we'll be lucky to be a .500 team. Fire away boys, but remember we just beat Liberty 20 -17

Probably one of the funnier posts on OGBoards this week. This takes the cake for "overreaction" of the week in a landslide. I'll take "Small Sample Size" for $1,000 please Alex.

We are in deep trouble. Giving up 323 yards to Liberty? We were one play away from losing to Liberty. UNC gained 520 yards against their opponent. For all our offensive problems, I thought our defense was going to be stout and now, well, worried as crap. Without a huge change in 7 days we will be staring down a 4-8 season.

Yet another overreaction that took a "sunshine" poster down to a 4-8 prediction after watching one game of football.

Now let's shift over to the good part---making fun of UNC fans and how sure they are of their team after a 62-0 thrashing of Elon. This will boil your blood to a a steamy temperature.

Heels 49Deacs 17Heels are a matchup nightmare for Wake at the LOS. This will be ugly.This OL has a nasty streak and will dominate wake's undersized DL.No need for Anderson to take his foot off the gas this week as Wake may score a few points.

The eye test says we should smash Wake. UNC-49Wake-10

We'll score 28 the 1st quarter 21 the 2nd quarter and 14 the second half with the second string.They'll score 17 some where in there.so 63-17 is my prediction

I'd take the Heels to cover too...easily. This is the start of unleashing a major beast upon the ACC. Heels by 24

Did I cherry-pick some of these? Of course I did, but go look for yourself (CLICK HERE). Most UNC fans really think that they are going to walk into Winston-Salem and beat Wake by 3+ TD's. This is a Winston-Salem that has yielded exactly one loss (UNC in 2004) to an in-state opponent in the past 10 years. That's a remarkable number, and while the past doesn't exactly tell us what we will see on Saturday, it does paint a picture of how difficult it can be to defeat Wake Forest in Winston.

Say something nice about Wake Forest (some of these are funny):

They aren't as insanely stupid as aggies... close, but not quite as bad.Plus, there aren't as many of them as there are aggies.

The good news, their campus is more attractive than the aggies.The bad news, so is a horses ass.

Apparently UNC thinks Aggies is an insult and they thrust that to name their N.C. State brethren.

The Deamon Deacons head is not really that big, it's just a costume.

Well, WS does have Baptist Hospital, which I am highly grateful for. Wake Forrest? Meh

Rivals for 100+ years and they still can't spell our name right. 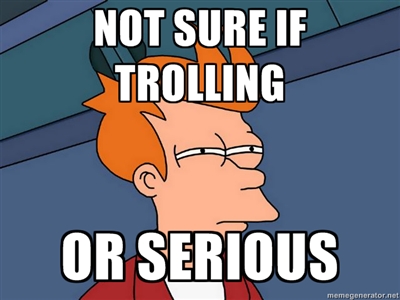 Doing work on Julius Hodge and the family jewels was a laudable accomplishment.

I feel like it is important that we keep this sort of thread going. Remember what sportsmanship is about, even if every other fanbase does nothing else but hate.As for Wake Forest, they used to be my #2 team in the ACC. I don't know if I can say that anymore, with all of the online hatred from their fans, but I do still have a soft spot for their school. Their coaches and administration are usually classy.

I'm not sure how to feel about this post. He is seemingly trying to be admirable and kind but then puts all the other schools in the ACC down while pushing his own up. Not sure how he is lauding his own school for sportsmanship when they used academic advantages that are illegal to keep athletes eligible. Only answer for this is: 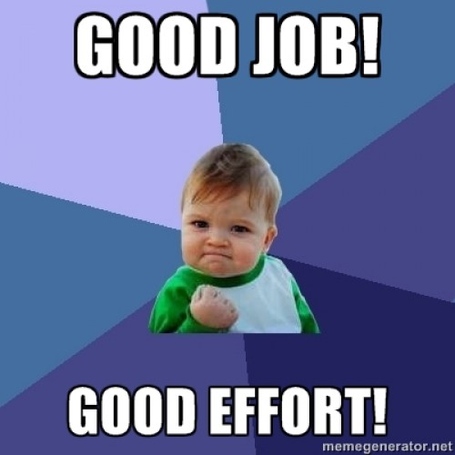 On Larry Fedora (ok it was one guy about him):

I hope we keep this guy already for many many years..I hope he realizes the potential here to be as great as any other school and doesnt leave!!

As many posters under him stated...it was one game against one FCS opponent. Funny how they are so ready to identify their own 62-0 win as "one game", but when it comes to the Wake game it's all "WAKE FORREST SUCKS!!!!! THEY BARELY BEAT LIBERTY". Interesting two-faced argument there friends.

That's it for this week. I'm sure there were many more I missed (especially on the Wake side, but COME ON it's our team so we're cutting our morans a break!). Check in next week for Know Thy Fanbase Part II, tentatively labeled "Our third string defensive line could shutout 6-7 teams this year" (yup...get ready for FSU).