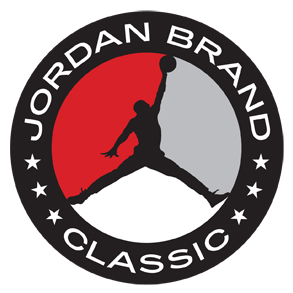 Wake Forest was heavily represented this weekend in Charlotte for the Jordan Brand Regional Game. Incoming recruits Codi Miller-McIntyre, Madison Jones and Aaron Rountree all had the opportunity to showcase their talent in front of the fans at Time Warner Cable Arena.

Since it was an All-Star game, it is hard to analyze each player's game too much, but here is an overview of the trio's play at the event.

Codi: Codi has a chance to be an All-ACC player one day. While he did not shoot the ball well on the day (3-13 from the field), he simply looked like a college-ready player out there. He plays poised and under control. I don't think I ever saw him try and force something that wasn't there. This is especially impressive considering it is an All-Star game.

His strong body allowed him to get to the rim when he wanted, and once he got there, he struck a good balance between finding others and looking to score himself. One particular play stood out to me. A combination of his quickness and strength easily got him passed his defender, and then he finished the play with a tear drop high off the glass.

On multiple occasions, he got into the lane and then found an open teammate. This passing ability and vision was what really impressed me and is a strength that I did not realize he possessed yet. To me, what Codi needs to work on most is his three point shooting (0-3 from three on the day). He has a great mid-range jumper but doesn't appear to be consistent from deep yet. It could have been that he just had an off day, but he had a couple looks that he could of taken but didn't, which tells me he is not completely confident with that part of his game yet. However, his mechanics look great, and he gets great elevation on his jumper, as well. This is encouraging and means he could definitely develop into a good three-point shooter.

Overall, Codi is someone who should be able to contribute immediately and be a difference maker in the ACC one day.

Madison: The recent Wake commit is long and quick. These two qualities could make him a very good perimeter defender for Wake. This defense stuck out in the game. Every possession he got lower than his opposing offensive player and made a conscious effort to lock him down. He also anticipated really well, and it showed up in the box score, as he collected four steals.

Offensively, he showed a good ability in using his quickness to get to the rim. Madison proved he could finish fairly well once he got there, too. He had a difficult and-one finish that wowed the crowd and gave his team the lead. He had a couple of nice passes in the game, as well. A couple of these passes should have resulted in assists but didn't because his teammates missed a couple easy ones.

His two glaring weaknesses are his strength and his shot. A lack of strength will make it a lot more difficult for him to finish around the rim at the next level. He will not able to get to the rim, either, if he doesn't improve his jump shot. Right now, defenders don't respect his jump shot because they don't need to. He may knock down a couple here and there, but it is not consistent yet. It has a weird, low release and will need to be improved upon.

Nevertheless, in my opinion Madison can become a good back up to Codi and is an upgrade from Fields.

Aaron: Aaron basically reinforced what I thought of him the first time I saw him play. He's very long and can handle the ball particularly well for his size. His head is always up when he pushes it up the floor, which allows him to find others on the break. Furthermore, hustle and a desire to win are intangibles every coach wants in his players, and Aaron has both of them. He is not afraid to get on the floor and is a vocal guy who competes and cares about his teammates.

Statistically, he had twelve rebounds in the game, which kind of reinforces this hustle and his versatility. He has a lot to work on, though. He is incredibly skinny and needs to get stronger. His shot cannot be depended on, and he did not hit his free throws (1-4 in the game). When he missed these free throws, he got down on himself. Our staff definitely needs to get that out of him because it will definitely affect his play.

He didn't seem to finish very well around the basket either, which is probably a result of his lack of strength. In general, I think his versatility could definitely help us in the future, but don't expect Aaron to come in and contribute much right off the bat.

Codi, Madison, and Aaron were all on the same team, and their team won the game, 84-82. The stud of the regional game was without a doubt the MVP of the game and Virginia Tech commit, Montrezl Harrell. He completely dominated the game and is flat-out a beast. Not many have the combination of strength and athleticism that he has. Any rebound that is anywhere close to his area, he gets.

He has an incredibly quick jump and will dunk anything that he even has a remote chance of dunking. He would have been a great get for the Deacs, but now we will have to figure out how to box him out and guard him for the next few years. I actually think he was better than a couple of the big men in the national game.

For those interested, three guys that really stood out in the national game were Kyle ‘Slo Mo' Anderson (UCLA), Alex Poythress (Kentucky), and Kaleb Tarczewski (Arizona). Shabazz and Noel aren't too bad, either.

Congratulations to Codi, Madison, and Aaron for making the regional game, and we look forward to seeing them continue their success for the Deacs next year!