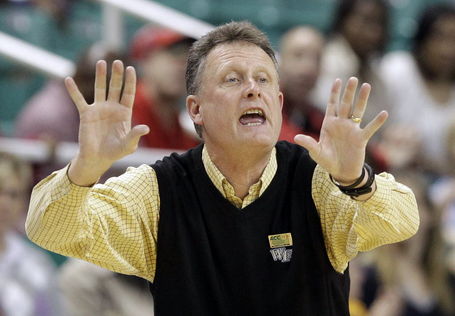 (from the Denton Times)

In a move that has blindsided nearly everyone in association with the Wake Forest women's basketball program, head coach Mike Petersen was named the head coach at North Texas at a 3:30 CDT news conference. The women's basketball team is coming off of one of its best seasons in history and is adding one of the best recruiting classes the team has ever had.

The Denton Record-Chronicle in Texas broke the story roughly around 3 EST. Petersen is the winningest coach in Wake women's history with a record of 126-122. He will take over a Sun Belt North Texas squad which has not experienced a winning season in six years but showed some promise with a 15-16 record last season. Petersen will become the fourth coach in the last six years for the Mean Green.

"Mike is not a guy based on money. He is not a guy who bases the decision he makes on the amount of money he makes. It is about the program and the direction of the program," said Athletics Director Rick Villarreal.

"This is another step that we will take a right step in the area of women's basketball."

Petersen and Villarreal have known each other for many years dating back to their stint together at TCU.

"Students like going to school here at North Texas and they enjoyed going here and I think that's very good. When me and my wife were talking about this she said 'you know what you do, you fix programs and you need to go fix you another program,'" said Petersen.

"I've gone into places that have not been winning and during my stay we've won."

Obviously this is very disappointing news as Coach Petersen had gotten the program to a point where there was a very good chance that the women would return to the tournament for only the second time in the program's history. The coaching search will presumably start right away.