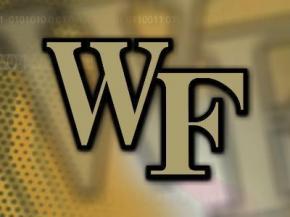 Following Tuesday night's 2-0 win over the High Point Panthers, the Wake Forest Diamond Deacons have extended their record to an impressive 18-9 through 27 games. With the season nearly halfway through (the Deacs are slated to play 28 more games, weather permitting) it's a great time to take a look at the squad's positives, negatives, and chances at making the NCAA tournament.

Click through for an analysis of the Wake baseball team, including statistics, opinion, and commentary.

The Diamond Deacons entered the Perfect Game Top 50 last week at the 41st position, marking the first time in nearly six years that Wake had been in the rankings. Following a postponed game against Winthrop on the 20th, the Deacons returned to action against 6th ranked Florida State this past weekend and lost two of three at home. With the two losses on the week, the Deacs dropped to 46th in the PG rankings. While it doesn't really matter at this point it is somewhat questionable that the Deacs lost back-to-back one run games against a top 10 team in the nation and fell five spots, but it is what it is.

Warren Nolan's RPI rankings currently have the Deacs at a solid 18th while the strength-of-schedule is ranked the 20th hardest in the nation. It is interesting to note that the Deacons are the top team RPI-wise in Nolan's rankings to not be ranked in either the coach's poll or College Baseball National's poll.

As I mentioned earlier, these rankings are somewhat irrelevant but do reveal that Wake's 18-9 record is not a fluke. Although the Deacs are 4-5 in the conference six of those games have been against top 20 teams in the nation (N.C. State and Florida State). The Deacs will certainly need to do better than 1-5 in six games against top 20 competition, but the Deacons appear to be right there with these top teams.

Halfway through the season is as good a time as any to start looking at potential postseason implications for the Deacons so let's take a decent guess at where Wake needs to be in the second half of the year to potentially secure an NCAA bid before we get into the specifics of the team's lineup, rotation, and fun facts.

Remaining Games (all rankings as of the 3/26 coach's poll):

None of the non-conference teams Wake will take on are ranked, although Elon currently sits at 15-11 and is 34th in the updated edition of Nolan's RPI standings.

The first thing worth noting is that the Deacon's schedule as far as tough competition goes within the ACC is very front-heavy. Wake has already played two top 20 teams in conference play, and the next three weekend series are at 5th-ranked North Carolina, at 27th-ranked Virginia, and then at home against 21st-ranked Georgia Tech. A lot of this is just a testament to how good the ACC is this year in baseball, which does not differ much from the normal Atlantic Coast Conference baseball tradition.

Currently there are 28 games remaining but any of these are subject to rain so 28 is the maximum number of games the Diamond Deacs will play. The key moving forward is to avoid any sweeps, regardless of whether or not it is staunch competition on the road. To make the NCAA tournament teams cannot get swept in conference play and give away three wins to conference opponents. The most likely sweep scenarios will fall over the next two weekends on the road against UNC and UVA, and then against Miami in Florida in the road finale in May.

Wake absolutely needs to win all the home series they have remaining as well, and a sweep over lowly Virginia Tech is almost more needed than simply taking two of three. The road series against bottom-feeder Boston College is also a critical opportunity for the Deacs to strike on the road.

Another major aspect of Wake's schedule coming down the second half of the year will be their ability to get good starts out of the bottom half of the starting rotation. In college baseball there are two distinct categories of starters for most team: the weekend starters and the weekday starters. For the most part the early season games are to figure out who will be slotted where once the conference season starts. When conference play comes around in March the top three starters are typically going to get starts on Friday, Saturday, and Sunday when the team is in theory facing its top competition. Wake's top three starters are juniors Tim Cooney, Justin Van Grouw, and Brian Holmes, each of which are expected to take the mound the next three days against the Tar Heels.

The weekday starters are primarily younger guys who are working their way up the roster, or a compilation of players who try to get three or four innings a piece in to put together a solid nine inning game against non-con teams. A solid example of this was freshman Matt Pirro's recent performance against High Point in which he pitched five scoreless innings on Tuesday to help spark the Deacs to a 2-0 win.

The bottom half of the rotation though remains a critical part of the team because of the must-win aspect of many of these non-conference games. Conference games will nearly always be a tooth and nail battle to grab two of three games in a series and the midweek games are necessary to get wins throughout the year. This was a major problem for Wake over the previous couple of years, but so far the Deacs have only dropped one of these games (a 16-15 defeat at the hands of High Point). I don't really consider the Deacs early season series loss in New Mexico to New Mexico State to be a midweek series since the Aggies are a top 25 team and the series was put together to match two good teams against each other.

If the Deacons get to 30-35 wins entering the ACC Tournament, they will more than likely be back in the NCAA sub-regionals for the first time since 2009.

Enough of the schedule discussion though, let's get into what this current slate of players have been doing to consistently grind out some victories through the first half of the season. First and foremost the Diamond Deacs have been hitting the ball a lot better. This sounds obvious and it seems like a clear reason for why a team would improve, but in Wake's case it truly is the number one reason why there has been vast improvement from last season's edition of the Wake baseball team. The Deacons are currently batting .284 on the season after only hitting .225 as a team a season ago. The team is ranked 8th in the nation in runs scored, SS Pat Blair leads the nation individually in runs scored with 37, and 3B Carlos Lopez is fourth in the nation with 35 RBI's on the season.

Blair and Lopez headline a very impressive offense, which has also experienced the recent surge of OF redshirt junior Mac Williamson who has eight home runs on the year, including four in conference play. Blair is ranked in the top ten of the ACC in five different offensive categories including doubles, runs, walks, stolen bases, and hits.

In addition to the offense being much improved in head coach Tom Walter's third season, the defense has gone under an equally as impressive transition. The Deacons are ranked fifth in the conference in fielding percentage and have committed only 30 errors in 998 chances entering the UNC series. Wake has also turned 25 double plays on the year, showing the Deacs' ability to get out of jams and quickly record two outs.

Although the hitting is vastly improved and the defense has been performing substantially better than the team did last year, the pitching has really set the tone and provided a spark for the rest of the team as a whole. Starters Cooney, Van Grouw, and Holmes are a combined 9-4 as starters. Holmes has been the most valued starter so far with a 5-0 record to go along with a 1.49 ERA (good for third in the ACC) and 39 strikeouts. Holmes also pitched a no-hitter against Marshall earlier this season, the first for Wake Forest since Ben Clayton in 2000.

Once the starters get off the mound, the bullpen has been shaky at times but is highlighted by bright spots Nate Jones who has gone 12 innings with a 1.50 ERA and closer Michael Dimock who is tied for the lead in the conference with eight saves and a 4.35 ERA.

The series this weekend against UNC really is a crucial point of the season. If the Deacons can sneak into Chapel Hill and snag a marquee series win it would almost secure Wake a spot in the NCAA's barring a complete and total collapse down the stretch. I really don't see the Diamond Deacs suffering too much though since they do boast such a great batting average. Wake's run differential stands at +48 through 27 games, meaning they are winning by an average of almost two runs a game. The starting pitching has been stellar and there is no reason to believe that top two starters Cooney or Holmes are going to falter.

Perhaps the number one things the Deacs need to improve upon is the bullpen situation, but as of right now that has not been a major issue barring a couple of instances where games have gotten tighter once the starter yielded to the rest of the staff. I have complete confidence that Wake will continue to improve as a team as Walter has this program headed in the correct direction.

Projected Starters for this weekend:

If you have any questions, concerns, or comments as always feel free to leave a message at the bottom of the article or shoot me an email. If anyone can make it over to Chapel Hill this weekend or can make it to some games in Winston at the WFBB (the old Ernie Shore Field), the Diamond Deacs have been fun to watch so far this year and would love the support. As always, go Deacs!

Also, it can be difficult to follow college baseball at times given the lack of resources so I've included some good websites to take a look at things if anyone is so inclined to follow the team more extensively on their own!

Game Notes and Wake-specific Notes (click on updated game notes on the right hand side of the screen, Steven Wright does a great job covering the Deacs)