Share All sharing options for: Wake Forest tops Charlotte 72-61 in WNIT First Round 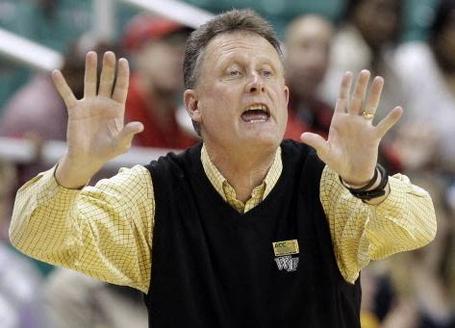 The Deacs were dominant at times while playing on the road in Charlotte in the first round game, but allowed the 49ers to cut the lead to 54-53 with six minutes left. From there, Wake used timely three-pointers from sophomore Chelsea Douglas to end the game on an 18-8 run to hold on to the win.

Senior Secily Ray lead Wake Forest in scoring and rebounding with 21 and nine, respectively. Charlotte was lead by Amanda Dowe with 15 points and an astonishing 19 rebounds to give the 49ers an overall 47-39 victory on the glass.

The rebounding differential was negated by the 27 turnovers the 49ers suffered. Wake scored 27 points off of those turnovers and constantly flustered Charlotte throughout the night.

Click through for a longer recap and who the Deacs take on next!

Wake got out to a quick start, using the Wake Forest band that traveled to Charlotte to support the team to motivate them. Ray poured in nine points in the first six minutes to give the Deacs a 21-6 lead after a Douglas three. The lead would continue to swell from there and got as big as 18 points (32-14) after an Erin Hall three.

The Deacs would come out hot in the second half as well and push the lead to 49-31 behind some easy baskets on great cuts in the half-court offense.

The 49ers bounced back again like they did in the first half, and Charlotte did it with a plethora of rebounds and free throws. They eventually got the lead down to a mere point (54-53), but the aforementioned Douglas hit a huge three from the top of the key to give the Deacs a four point lead that they would never relinquish.

Wake Forest shot just 38.8 percent for the game, but their stifling defense forced turnover after turnover and limited Charlotte to an equally woeful 37.9 percent. The rebounding continued to be a problem for the Deacs other than Ray and freshman Dearica Hamby, who set her career high in rebounding with 11.

A balanced inside and outside scoring attack from Garcia, Ray, Douglas and Boykin ensured that the Deacs would move on to the second round of the Womens NIT, where they will face the James Madison Dukes at the JMU Convocation Center at 2:00 p.m. ET on Sunday.

The Dukes knocked off the Davidson Wildcats 65-49 behind three double-digit scorers, and won despite allowing Wildcats' sophomore Sophia Aleksandravicius to score 25 points and pull down 9 rebounds. JMU improved to 25-7 on the year and was arguably the biggest snub on Selection Monday earlier this week.