Share All sharing options for: Wake Forest Inks 19 Football Commits for Class of 2012 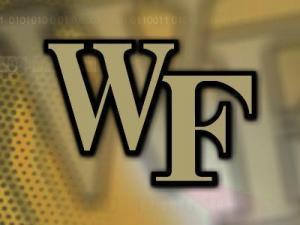 Most of the drama of the 2012 version of National Signing Day has come and gone, but not before several top recruits in the nation made their decision earlier this morning. While some recruits have not sent in their binding Letter of Intent (LOI) to a school which they have given a verbal commitment to, most of the ESPN top 150 have now committed somewhere (as of this afternoon only five recruits remained without a verbal).

On the local front, Jim Grobe signed one of his best classes as head coach at Wake Forest. All 19 players who had given a verbal commitment submitted their LOI's to the Demon Deacons. The class is headlined by QB Tyler Cameron, who has already enrolled in Wake and is on campus, WR Jared Crump, Athlete Steve Donatell, and NG Shelldon Lewinson. Despite the successful signing class, many fans might remember this year's Signing Day for what could have been, with two big-time recruits electing to enroll elsewhere, instead of seeing the big picture of another great Grobe class.

Wake Forest came into signing day with 19 players verbally committed to the university. There was little to no reason to believe that Wake would lose any of these players to another school and fortunately for the Demon Deacons, each and every young man fulfilled their word and signed with Wake. If you've been following along with Blogger So Dear throughout the day, you are aware of the signees, but for those who have not, here is a comprehensive list of the 19 guys making up Wake Forest's class of 2012 (courtesy of Rivals.com):

Going solely off the Rivals rankings, the Deacons have 16 three-stars and 3 two-stars. According to ESPN's updated rankings, Wake Forest currently has the 10th-ranked class in the ACC and was ranked 71st in the nation as of this morning.

The day began early this morning when offensive lineman Ty Hayworth signed the first LOI at approximately 7:15 and the craziness didn’t stop until athlete Kevis Jones signed around 1:00 PM in the afternoon. Jones had been perhaps the most likely to move away from his verbal offer after recently decommitting from Central Florida and verbaling to the Deacs, but at the end of the day this fear proved to be unfounded.

Let’s take a quick look at who the big three recruits were in this signing class and then move forward to see who has flown under the radar and we expect to step up and make major contributions down the road.

First and foremost recruiting coordinator Ray McCartney was able to land highly touted quarterback Tyler Cameron out of Jupiter, Florida. ESPN has Cameron ranked as the 36th best quarterback in the nation and he chose the Demon Deacons over offers from LSU, UCLA, and Tennessee. Cameron is a dual-threat quarterback and comes in at an athletic 6’3", 210 lbs. As mentioned earlier, Cameron is already on campus in Winston-Salem and will be participating in spring practice. Last season, Tyler threw for over 1400 yards to go along with 12 TD’s against only six interceptions. He also rushed the ball 102 times for 379 yards and 6 touchdowns. This signing continued Grobe’s trend of taking at least one quarterback a year and Cameron is viewed as the 10th best dual-threat QB on Rivals, as well as the 51st best player in the state of Florida.

Beyond the impressive job of bringing in a quarterback recruited by the national runner-up, the Deacons did a solid job landing athlete Steve Donatell out of Colorado. Donatell played quarterback in high school and recruited by Nebraska as well, but is expected to be converted to the defensive side of the ball once he arrives at Wake. At 6’5", 195 lbs, it appears that Donatell has a large frame to put weight on and with that height would be a potential candidate to play defensive end or perhaps linebacker given his speed as a dual-threat quarterback (ranked as the 19th best candidate at that position by Rivals).

On the other side of the ball one signing which stand out as an excellent pickup for Grobe’s staff is NG Shelldon Lewinson. Lewinson comes in at 6’2", 240 and was promised the opportunity from the coaching staff to continue to play the NG position in Wake’s 3-4 defense. Unlike a lot of potential nose guards coming out of high school, Lewinson actually played in a 3-4 defense throughout his career and has excelled there. Lewinson appears to provide more of a standard NG in comparison with current starter Nikita Whitlock, who uses his speed and agility to cut through double teams. Lewinson has a lot of potential and has a high ceiling under the tutelage of the Wake defensive staff.

Other notable signees include WR Jared Crump out of Florida and Tight End Zach Gordon out of Georgia. Crump will look to provide a push in practice from the beginning for current guys like Matt James, Brandon Terry, and Sherman Ragland. Gordon will look to have an opportunity to get on the field relatively early in his career with the tight end spot seemingly up for grabs.

Most of these players fit the Jim Grobe mold of being solid 17 and 18 year olds with a high ceiling and the ability to improve over a couple of years with the concept that they won’t see major playing time for a couple of years. There is no reason to believe that with this year’s class, Grobe will deviate from his standard practice of redshirting most of the freshmen (only 20 true freshmen have seen the field in Grobe’s decade-long tenure). This strategy has allowed an experienced and more physically mature team to compete and win against more talented but youth-filled teams which Top 25 schools typically field.

While Wake Forest’s signing day was for the most part a success, the Deacons were unable to land either of their major two targets who entered the day uncommitted to any school. The top uncommitted RB in the nation (at No. 23), Jera Duncan chose to attend Duke University over Wake Forest and East Carolina despite sources which had indicated that Wake had been shooting up Duncan’s list with the Pirates still in first place. Later in the day, WR Quinshad Davis shunned Wake Forest and chose to attend North Carolina, perhaps an even more shocking decision given the longevity of Wake Forest’s pursuit of one of the top players in South Carolina. North Carolina, on the other hand, had just recently joined the recruiting trail and did not appear to pose a very serious threat until last night and this morning.

This is all behind the Deacs now though and looking forward this year’s class is very promising. Grobe has continued his recruiting success at the helm of Wake Forest football and it will be exciting to see fall practice next year to see which freshmen can push the more experienced guys who are competing for starting spots.

Barring any complete and total surprises these 19 players will make up the class with no more additions, despite there being a couple of scholarships still outstanding.

As always if there are any questions, concerns, or comments just add them at the bottom of the page and any and all debate is always welcome. Wake has a very promising next couple of years coming up in football and today’s National Signing Day only augments that excitement.