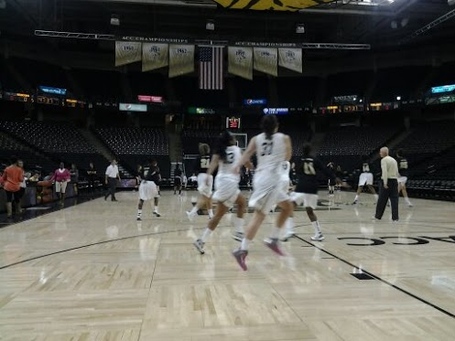 The curtain rose on the 2012-13 season for the Wake Forest Lady Deacons last night, if only for a dress rehearsal. The Lady Deacs forced 32 turnovers while committing only 16 and dominated the boards en route to a resounding 88-53 victory over the Trojans from Anderson University. Junior Chelsea Douglas lead five Deacons in double figures with 14 points, followed by junior Lindsy Wright's 13 points and 6 rebounds. Douglas shared that rebounding had been a point of emphasis during the preceding weeks of practice. "It's just something that coach stresses: 'Get on the glass.' Really, if you're not on the glass, you're not doing something right."

"...Really, if you're not on the glass, you're not doing something right." - Junior guard Chelsea Douglas

The Lady Deacs led 32-24 at the first half under-4 timeout in what had been a choppy game until that point. The Lady Trojans had been successful in getting sharpshooter Amanda Parris open looks from the 3-point line, utilizing multiple screens per possession. Wake Forest came out of the timeout with an increased energy level, quickly seizing control with a 9-2 run to close out the half. When asked the reason for the sudden spike in intensity, Head coach Jen Hoover said, "I thought we had a lot of momentum coming out of that timeout. That timeout I told them,'the score is zero to zero, I want to win this by 10.' I thought they really grasped the understanding of us wanting to dictate defensively and disrupt, and we really took that 4 minutes and were able to push it and take momentum into the locker room." 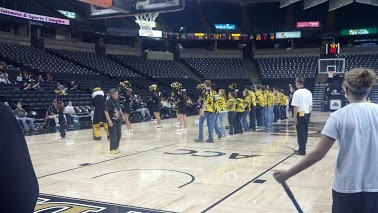 "You get to a point where you're just ready to see someone else across the other side". - Head Coach Jen Hoover

When asked if it was good to finally get into a game situation, both coach and players expressed relief. Said Lindsy Wright, "YES. We've been practicing for what, a month? We've been putting the work in. It's good to finally put it to use." Coach Hoover agreed, saying, "You get to a point where you're just ready to see someone else across the other side". Unfortunately, the Deacs have almost two more weeks of scrimmaging against one another before their November 11 opener against Coppin State. Blogger So Dear will once again have complete coverage for you from the Joel.