Share All sharing options for: Talking Wake Forest-Boston College With BC Interruption 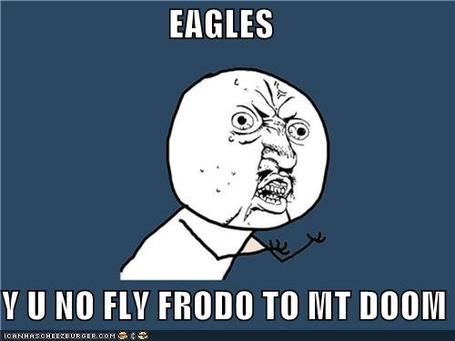 If you're a BSD reader, you know that we're big fans of BC Interruption. So, even when both teams are down, it's still fun to talk to those guys. They stay realistic, have a good time, and enjoy a little #ACCSolidarity now and then. So, it was my pleasure to get to ask BC Hysteria a few questions about Saturday's matchup. Give him a follow on twitter, and if you haven't added BCI to your blogroll, do so...now.

We talk Steve Donahue, BC's offense (or seeming lack there of sometimes) and the Eagles' keys to beating the Demon Deacons after the jump...

After the start you guys had, a 2-2 conference start has got to be encouraging. Talk a little bit about the season relative to expectations and the job Steve Donahue has done so far.

BC is returning only two players with any playing experience, so two wins in the ACC is about all fans could expect. BC fans knew this was a year of growing pains, and were stunned when the Eagles beat Clemson and VT last week. In the fans' eyes the Eagles are playing with house money at this point.

Steve Donahue has done a solid job at this point with a very young team. There have been many games that left a lot to be desired, but there have also been growth in the way the team has played. However BC is still making a ton of turnovers, struggling with rebounds, and shoot like hell from the charity stripe. All things that need to be corrected by Donahue.

Scoring has been a bit of a problem for the Eagles this year, as BC is a woeful 279th in the country in offensive efficiency. Dennis Clifford, Matt Humphrey, Patrick Heckmann and Ryan Anderson provide some balance, but on the whole, much like Wake, there is a definite lack of depth and secondary playmakers. Give Wake fans a bird's eye view on Boston College aside from "they jack it up" (23rd in the country in percentage of points from three-pointers) and "they play slow" (212th in tempo).

The offense all depends on how the team is clicking in terms of game flow. If BC is playing well, and passing the ball well, they do better driving the lane. Those are the games that Ryan Anderson and Dennis Clifford really excel at. If they struggle, like they did against UNC and NC State, look for lots of bad offensive sets that ends with three pointers usually from Lonnie Jackson or Matt Humphrey.

As you mentioned, BC is not a fast paced team, mostly because this team is just not comfortable with each other yet.

I ask this question to every team blog because, well, it's a good one, and it is warranted. A BC player will have a career game against the Demon Deacons. Who is that guy going to be?

If I could guess, I would say Ryan Anderson. Over the past two weeks he has had moments of brilliance, and his game seems to improve ever game. Of all the freshman that Donahue trots out, Anderson is definitely the most game ready. He takes smart shots, has solid interior moves, and can even occasionally jack up a three. Call it a gut intuition, but if anyone on BC is going to go HAM against the Deacs' I'm going to go with Ryan Anderson.

Give me three reasons BC wins this game.

1. Getting good look from threes. If the shot is there, BC will hit it. If BC can pass the ball on the perimeter and can get some good looks and get a guy hot like Lonnie Jackson or Matt Humphrey, they can score in drove.
2. Establish an inside game. Get the ball down low to Dennis Clifford, drive to the net, ANYTHING other than jacking up bad three pointers.
3. Keep Wake off the fast break. BC is not fast at all, and whenever they get in foot races down the court, they get beat bad. If they can keep the pace slow, they will win.

Give me three reasons BC loses this game.

BC fans will think this sounds like a broken record as these have been the three problems that have killed the Eagles all season:
1. Turnovers- This has been a problem for BC all year, and if they make lots of them again, they will continue to lose.
2. Not cashing in on free throws
3. Poor game management (perimeter passing that leads to BC taking last second desperation shots).

What's your prediction? How do you see this thing playing out? What's your final score?

BC is a crapshoot every time it hits the court, but I have to go with the Eagles in this one. Every game they have played this season has been a learning experience for them, and I am curious to see what they learned from the ass whooping they got from NC State. I expect this to be a close game with Wake Forest taking an early lead but faltering late. BC hits some clutch free throws at the end and walks away with a 62-58 win.

Thanks again to BC Hysteria, and keep an eye out on their site for my answers to his questions between now and game time on Saturday.