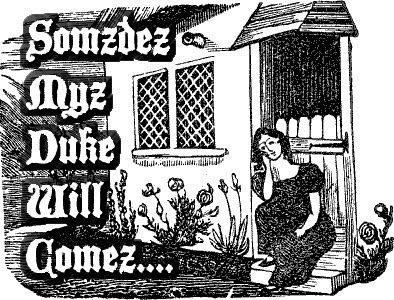 We have a solid Q&A on tap. This time we're talking with The Devil Wolf from Duke Hoop Blog. TDW is your go-to source for solid analysis and fun snark, and is all-around one of the better Blue Devils out there. We're talking Wake-Duke as the Demon Deacons enter Cameron on Thursday night on a two-game skid, dropping to 203 in the KenPom rankings (as of Wednesday evening) after a disappointing and embarrassing shellacking against N.C. State on Saturday.

We talk Plumlees, Austin Rivers, stopping CJ Harris and Travis McKie and more after the jump...

1.) Talk a little bit about the season thus far. The OSU game was what it was, and Temple was obviously not ideal, but the Blue Devils are still 15-2 with a bunch of quality wins in a tough schedule. Has the team met expectations?

It's always tough to talk about "meeting expectations" at Duke. If you're talking message board expectations, there's a fair amount of hand-wringing going on stemming from close wins against Georgia Tech and Clemson, and of course coming out of really disappointing efforts like the one against Temple or the lopsided loss at Ohio State.
If you take a look at actual basketball expectations, I think the team has exceeded that mark. For example, the last two nights I've watched three teams that Duke has beaten (Kansas, Michigan and Michigan State) and thought the entire time, "how in the hell did Duke beat these guys?" For this team to be 15-2, I'm actually really surprised at that record, and the ranking certainly doesn't reflect the true placement of this team nationally.
There have been some really positive signs of growth over the past few games, especially in terms of toughness and the understanding of roles on the team.

2.) What's your perspective on Rivers?

Speaking of understanding roles, I think he's still really struggling in that area. His production has dropped since league play began, but he's not really missing shots - he's just not taking shots. He took a lot of heat coming out of that Temple game for really trying to go solo in trying to spark a comeback, but what was he supposed to do? The "assigned" go-to guys were garbage in that game, I'm talking about Kelly, Curry and Dawkins specifically. I don't know if it was just that game by itself, or if it was a combination of things, but it really seems like me like he's a freshman who's seriously struggling to find his place on a team that doesn't have a lot of leadership.
It's completely unfair to compare him to Kyrie Irving because it took Kyrie all of 15 seconds to adjust to college basketball, but he also had the benefit of Nolan Smith and Kyle Singler serving as a buffer from any time of jealousy or uneasiness about a freshman coming in to run the show. Rivers doesn't have that luxury. I think he'll be fine though.
He's so quick, and can heat up at any second. I think he's one of those guys who is just wrestling with himself right now, similar to what Harrison Barnes went through last season. If you remember, Barnes took off when Larry Drew was removed from the situation - I don't expect a mid-season transfer from Duke, but I do think Rivers' improvement has as much to do with his upperclassmen teammates as it does with himself.

3.) An under-the-radar guy typically has their career game against the Demon Deacons. Who will that player be for Duke on Thursday night?

Well I know who I'd like it to be. In 2010, Duke played Maryland at home and got a typical good game from the "Big Three", but Brian Zoubek chipped in 16 points and 17 rebounds and completely dominated Jordan Williams on defense. After that game, Zoubek played with a different type of confidence, and ended up leading the charge towards a national championship out of nowhere.
I talked about missing leadership a bit earlier, and really for the past couple of games it's been the Plumlees providing that foundation. I think it's a stretch to call Mason Plumlee "under the radar", but if Duke keeps getting some production from Miles as well, they'll be in a good position to do something big in March. Duke relies on the three point shot so much, if they've got guys getting offensive rebounds or keeping possessions alive with tap-out rebounds, it really makes Duke even that much more dangerous offensively.

4.) CJ Harris and Travis McKie are the go-to guys for the Deacs; what's Duke's plan of attack for stopping the duo?

History tells us that Coach K will definitely put his best defenders on McKie and Harris, but the focus will more than likely be on making sure that one of Wake's other closet threats doesn't catch fire, like a Tony Chennault or La Forward Nikita. I think you'll see Rivers and Dawkins on Harris, and I think you'll see Mason Plumlee with McKie unless quickness becomes a huge issue.
Plumlee rotated to cover Mike Scott in the second half against UVA and did a fantastic job, but really struggled against Milton Jennings who is Clemson's inside/outside guy. I'd be intrigued to see freshman Michael Gbinije against McKie at some point, which isn't out of the realm of possibility with Florida State looming on Saturday.
Overall though, I'd expect a focus on slowing down McKie and Harris while taking the other guys totally out of the game offensively.

5.) How do you see the game playing out? What are the big things to watch? What's your final score?

Three point defense will be a big thing to watch for Duke. Coming out of the NC State massacre, I'm sure Bzdelik has been really working on the team's shooting and scoring confidence, and if Duke can bother enough shots where the basket still looks a lot smaller than it is to Wake shooters, I'd expect it to be a long day for the Deacs. On the other side of the ball, the key to stopping Duke's motion is to knock the cutters off of their spots and force the guards to create their own shot or create a passing lane to the post.

If Duke's able to get the ball inside, they'll be tough to beat. If Wake can make Duke's guards shoot jumpshots off of the dribble or shoot fadeaways, it could get interesting. I just don't think Wake has the firepower to stay in the game for 40 minutes. Duke's not the kind of team this year that should run Wake off of the court early on, but they're deep, they're physical ,and recently they're starting to develop a mental toughness that makes it hard for teams to keep their legs for an entire game.

I also expect a huge free-throw gap and a lot of conspiracy theories, because I think Wake will try to play physical off of the ball and I think they'll try to slow down Mason Plumlee by fouling him. So I'm looking for one of those 20+ free throw advantage type games.

Final score? I'm awful at this, but I'd expect Wake to be in the 50's and for Duke to be anywhere from the 70's to 80's depending on free throw percentage.

Thanks again to Devil Wolf and to Duke Hoop Blog for coming through in a pinch.