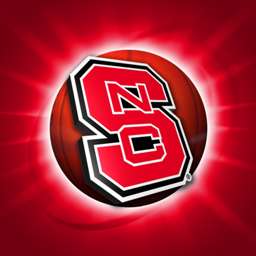 The Wake Forest Demon Deacons (10-6, 1-1) return home tomorrow to take on the N.C. State Wolfpack (12-5, 1-1) at the LJVM. Both teams are coming off a loss on Wednesday following a win in the conference-opener, albeit in very different manners. Wake fell behind early in College Park to a Maryland team that shot lights out in the first half, only to claw back into the game carving a 16 point halftime deficit to three before falling short 70-64. The Wolfpack faced a Georgia Tech team which shot the ball extremely well (60.2 eFG%) and managed to spring a road upset in Raleigh by an 82-71 margin.

This game is important for both teams as Wake looks to defend their home court, a venue in which the Deacons are 7-2 on the season, and the Pack try to pad their resume for a potential NCAA tournament run. State on the other hand has only played one true road game (a loss at Stanford) in addition to a game against St. Bonaventure which was not technically played in the Bonnies gym.

Click through for statistical analysis, matchup discussion, and predictions for tomorrow's ACC battle.

Just like any other season in the ACC road wins will be at a premium and this is a prime opportunity for Mark Gottfried’s squad to grab one early in the season. Wake’s lone conference win came a week earlier against Virginia Tech in a sloppy but well-fought matchup. This game appears at face value to be a relatively even matchup, one which will see several lead changes and should go down to the wire. Let’s start by taking a look at the stats and how the two teams stack up according to KenPom’s efficiency numbers and four factors. 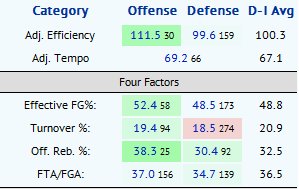 The Wolfpack have a very good offense, one which ranks third in the ACC behind only North Carolina and Duke. Sophomore Lorenzo Brown does a fantastic job of establishing a relatively high pace for the Wolfpack, and at 6-5" provides matchup issues for teams with an average-sized point guard. Brown is 22nd in the nation in assist rate at 36.8% (meaning that 36.8% of the baskets made by teammates while he is on the court are off a Lo Brown assist), and plays the most minutes on the team. The rest of the starting lineup features C.J. Williams and Scott Wood in the back court with Brown, and then C.J. Leslie and Richard Howell in the front court. Junior Deshawn Painter and Senior Alex Johnson fill out the seven-man rotation (with all seven seeing 20+ minutes a game) along with freshman Tyler Harris and junior Jordan Vandenberg both seeing around 10 minutes a piece.

As the numbers tell, the Wolfpack do a solid job crashing the boards on both ends of the floor, ranking 25th in the nation in offensive rebounding percentage. This will be a matchup issue for the Deacons who are relatively woeful at hitting the glass on either end. The Pack does not do a great job of drawing contact and getting to the line, but a lot of this has to do with their offense which is predicated on working the ball around and getting open looks (which is confirmed in the Pack's high assist per field goal number, 62.4%, good for 16th in the country). Despite not getting to the line a lot, State also does not attempt that many threes and gets most of their points from 2-pointers.

N.C. State also has a very balanced scoring attack with all five starters averaging between 12 and 14 points. Richard Howell is the teams most prolific rebounder, averaging 9.2 boards a game. He ranks 47th in the nation in offensive rebounding percentage, and 40th in the country in defensive rebounding percentage. This will be a tough situation for the Deacs to crack as it appears he will grab rebounds at will. Wake will more than likely look to mitigate this rebounding advantage by having either Walker or Desrosiers in the game as much as possible in an attempt to get some height and a body on Howell. It would not be a surprise either to see the Deacs matchup Travis McKie on Howell on both ends of the floor in an attempt to get a foul-prone Howell on the bench early.

The Pack is not as stellar a team on the defensive end, which is slightly surprising given the Pack's height advantage at the guard position (which one would imagine could lead to forcing a larger number of turnovers). This is not the case however as creating turnovers is actually the area in which N.C. State is the least effective, ranking 274th in the nation with only 18.4% of opponent possessions ending with a turnover. This is a positive for the Deacons who for the most part take care of the ball, ranking 67th in the country in offensive turnover percentage. Wake also does a good job of getting down the lane and going to the line, something which the Deacs were unable to do with any great regularity against Maryland mostly attributable to absolutely horrendous and inconsistent officiating from the ACC crew.

Although most readers of Blogger So Dear are probably more than acquainted with Wake's own strengths and weakness, I attached our own four factors to see how the two teams stack up against one another. 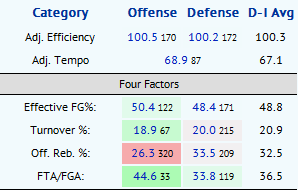 Not that it should come as any surprise, but Wake is terrible at rebounding the ball on both ends of the court, not particularly good at forcing turnovers, and for the most part average on both offense and defense (170th and 172th respectively, of 345 D-I teams). Just as an aside, for Wake to improve moving forward we are going to need to get a lot more rebounds than we are currently getting.

These guys may or may not even matchup with one another, but whoever can win this battle inside will give their team a solid shot at winning the game. Howell averages 12 and 9 while McKie averages 18 and 6.5. McKie has been an absolute stud through two conference games, averaging 18.5 and 11 after the VPI and Maryland games. He matched his season high on Wednesday with 25, which he has now recorded exactly in four games. Howell will look to get back to crashing the boards as he is only averaging four rebounds a game through State's first two conference contests.

I expect McKie to record another double-double and for Howell to get into a little bit of foul trouble early on. Bzdelik needs to stress that McKie play with his back to the basket and for Tony Chennault and C.J. Harris to force him the ball down low early on in the game to establish the post game. This will open up the guards' ability to penetrate the lane later on in the game as the bigs collapse on McKie when he gets to the low block.