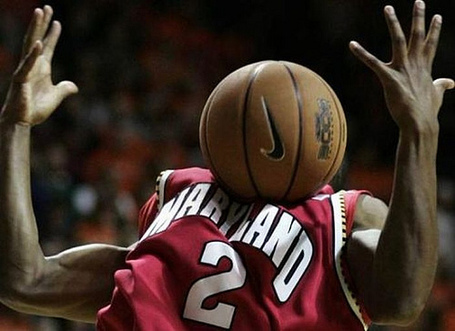 Wake Forest travels to College Park to take on the Maryland Terrapins tonight, and after a win on Saturday against VPI the team should be high on confidence. Maryland comes into the game with a 10-4 record (0-1 in the ACC with a 79-74 loss to N.C. State on Sunday). Before the loss to the Wolfpack, Maryland rode an easy schedule to 7 straight wins before kicking off the ACC schedule.

Wake and Maryland have one common opponent in NC Wilmington. Maryland defeated the Seahawks 71-62 on November 13th, and the Deacs won 87-78 on December 21st.

In this article we will examine Maryland and see what we can expect from them tonight against our beloved Deacons.

As previously mentioned, Maryland used a very easy non-conference schedule (289th overall) to jump out to 10-3 start before the ACC. Despite the easy schedule, the biggest home win so far this year for the Terps has been a 12 point win over (then ranked) 297th Samford. During the stretch of home games, Maryland got 3, 4, and 5 point wins over powerhouses Mount St. Mary's, Florida International, and Radford. It does bear noting that their second and third best players Pe'Shon Howard and seven footer Alex Len have only played 5 and 4 games respectively, and two together, but still...eeking out wins over bottom feeders at home isn't a good sign for the future (and yes I understand that Wake Forest has also had their fair share of ugly wins).

Wake Forest and Maryland are as close as two teams can get in KenPom's rankings. The Terps come in at 159 while the Deacs are 160th. When we examine Maryland and their body of work so far, these bullet points show what Maryland does well, and what they don't do well in the breakdown of the Four Factors.

Taking a look at the players individually gives us a better look at the makeup of the team as well. The first thing that sticks out is the heavy reliance on Terrell Stoglin this year. I realize that Len and Howard were out for the first part of the year, but Stoglin ranks 2nd in the country in percentage of shots taken by one person at 37.5%. Fortunately for the Terps, his 114.7 offensive rating ranks in the top 10 in the ACC of players that take over 20% of their teams shots. He shoots 43% from behind the arc (36-84), but also shoots 43% from 2-pointers as well ( 59-136), with a 76% free throw percentage. I would expect the Deacs to mix up man and zone like they did against VPI, and when we are in man I would guess that CJ and Chennault will switch on him.
Aside from the aforementioned Stoglin, Maryland relies on a plethora of other players. As Howard and Len play more games I am sure that they will be worked into the offense more, but right now James Padgett and Nick Faust would have to be labeled as # 2 and #3 in the offensive scheme. Padgett is a lot more efficient on the offensive end than Faust is (and based on the numbers it seems like Faust is shooting a lot more than he needs to be). Padgett is the guy that I am pegging to have a "career night" against the Deacs. The matchup between him and McKie will prove to be a very good one. I think both will flirt with double-doubles, with the better night possibly proving the difference in the game.
The Terps can go 11 deep, but John Auslander and Jonathan Thomas will likely not see a lot of time, as well as diminished roles over the rest of the year. I would expect Coach Turgeon to rotate early and often to try to wear the Deacs down as the game goes on.
Overall, it seems like Wake matches up well with the Terps (aside from the mismatch in the rebounding), and I am actually surprised at the factors that seem to be in Wake's favor. This doesn't mean that I think we will be dominant, or even win the game, but it definitely shouldn't be viewed as a definite loss, as many fans seem to think every road game is nowadays. I understand Coach Bzdelik's woeful road record in-conference, but this is a different team than last year, and I expect us to give Maryland our best effort tonight.
If I were a betting man then I would take Wake +6 and the under of 144 (not sure whether either team will reach the 72 mark). Coach Bzdelik has pushed the tempo against the lesser team and slowed down against better teams. I expect tonight to be the same and it be around a 65 possession game. I know that Coach Turgeon will likely want to do the opposite, so it will be a battle of wills at times to determine who controls the tempo. If the Deacs can be methodical and efficient on offense like they were against VPI, then I think it will be a pretty good game at the end.