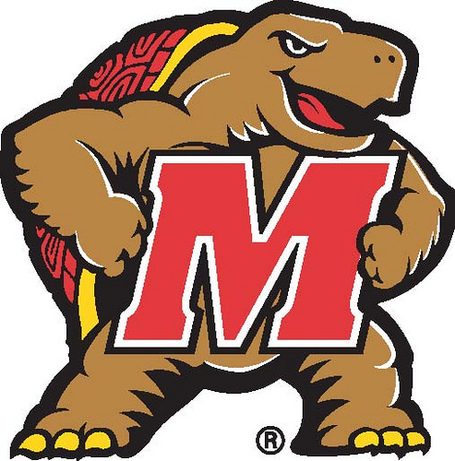 Wake is set to take on Maryland tonight in basketball at 7 in College Park. Leading up to the game Blogger So Dear took some time to catch up with Ben Broman of Testudo Times to talk about the game.

Catch the question and answers after the jump. Blogger So Dear's answers to Testudo's questions will be up on their website by the afternoon and will be linked as soon as it's posted.

Blogger So Dear: It's head coach Mark Turgeon's first year at Maryland. What is the
general sentiment from the Maryland fanbase on this hire? Also to what
extent, if any, is the disgruntled attitude at administration over the
football coaching situation (with Edsall) transferring to opinions
over the basketball program? Is Turgeon the guy on the recruiting and
coaching front to take Maryland back to a consistent top four ACC
program?

Ben of Testudo Times: More or less everyone is psyched with where Turgeon seems to be
taking the program. He's a great transition from Gary Williams, as he
shares a lot of Gary's fire and bluntness, which the fanbase
appreciates. Unlike Gary, he doesn't mind recruiting, and in fact sort
of seems to thrive on it. That's a dangerous combination (in a good
way) and people seem excited. Most are expecting a return to national
prominence within five years.

Regarding Edsall: not particularly. Most fans know how to separate the
two, though there's some carryover as it relates to mistrust of AD
Kevin Anderson.

BSD: At face value it doesn't appear that Maryland has really played too
difficult of a schedule. There have been a sampling of good teams
(Iona, Illinois, Alabama, Notre Dame, Colorado) but the Terps have
struggled against these teams. Maryland has on the other hand been
able to avoid any upsets despite the largest margin of victory on the
year being against Samford by 12. How good is this young Terrapin
squad, and how good can we expect the Terps to be come ACC tournament
time?

Ben: Honestly, your guess is as good as mine. We've seen a lot of good
and a lot of bad, and its tough to figure out which is the true team.
The assessment is made more difficult when you remember that Maryland's
been at full strength for only two games, during which they've looked
better but had some growing pains. This is a bit of a cop-out, but I
have no doubts that this can be a tournament team. That doesn't
necessarily mean they will be and in fact I think they won't, but the
raw pieces are there. By the time the ACCT comes around I'd guess that
they'd be playing like a tournament-quality team - they'll just lack
the resumé of one.

BSD: The addition of freshman Alex Len (eligibility issues) and Pe'Shon
Howard (injury) seems to have bolstered the team quite a bit.
According to KenPom Maryland is only one spot above Wake at 159, but
this is probably not giving the Terps full credit. How much and to
what extent will Len and Howard improve Maryland as they enter the
conference season?

Ben: Yeah, Pe' and Len have made a huge difference, and not just to the
quality of the team - they play completely differently and much faster.
Howard is more or less who he is right now - he should cut down on
turnovers as times toes on but not much else will change. Len is the
big question mark. Its not often you come across a seven-footer with
above average athleticism and skillset. He needs to get stronger and
become accustomed to the American game, but the potential is there for
him to be a Rookie of the Year type. Maryland needs to better utlize
him in their offense, in fact.

BSD: Terrell Stoglin is second in the nation in percentage of his team
shots when he is on the floor at 37.5%, as well as 18th in the country
in percentage of possessions he is used when he is on the court. Is
there a severe case of over-reliance on Stoglin when he is playing?
When watching a game earlier this year, a commentator (who may have
been ill-informed) remarked that the team actually looks better when
Stoglin isn't on the court because the other players aren't simply
standing around watching him throw shots up at the basket. Is there
any truth to this or is it simply a rumor or another case of
announcers talking about something they don't understand?

Ben: Yes and no. There most definitely is a severe over-reliance on Stogs
- no doubt about that. In fact, it sometimes seems like that's
Maryland's Achilles heel. But it's ludicrous to say Maryland is better
without him on the court. Do they look more balanced? Yes. Is ball
movement better? Yes. Can they score? Uh...no. Its usually bad news
when Stoglin has to leave the floor for any serious period of time.

BSD: What is your prediction for this game? Will Maryland be able to
defend their home court and get back to 1-1 on the year in the
conference or will you guys suffer, what would by all accounts be, a
terrible loss in College Park. As always, thanks for the time and you
guys really know your stuff at Testudo. Good luck in the game and
gotta say it, Go Deacs!

Ben: I do think Maryland will win, but it'll be very close. I like Wakes
talent quite a lot, but I'm not sure about their depth nor their
rebounding, which are two areas where Maryland is rapidly improving. I
think Maryland wins but the Deacs cover, and both teams probably feel
pretty good about it.

Thanks to Ben and Testudo Times and good luck tonight in the game!