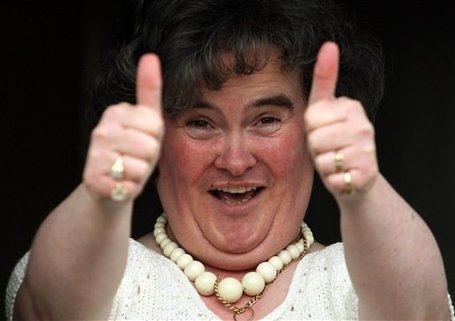 Wake Forest had a pretty easy time dispatching of Gardner-Webb on Saturday, 48-5. The coaching staff was likely not very happy about the effort level in the first quarter though, especially in the secondary, where we got beat early and often by James Perry III.

The Deacs picked it up in the next three quarters, and rode another great game by Tanner Price to the easy victory. Price is quickly establishing himself as one of the best quarterbacks in the ACC, along with Tajh Boyd, Mike Glennon, and Tevin Washington.

The team is off from practice until Thursday, which will allow them to get some good academic days in. This is the only bye week of the year as well, so we need to get rested up.

1. Danny Dembry- Coming into this year, RS-Sr Danny Dembry had 10 catches for 118 yards and 1 TD in his college career. The NCSU game showed that he can be a critical player for us when he caught 6 passes for 96 yards and a TD. On Saturday against G-W, Dembry caught 8 passes for 126 yards. He showed that he can be a deep threat, as well as run crisp routes that Price can rely on him for. If he can continue to develop into a Marshall Williams type receiver, that will open up Chris Givens and Michael Campanaro (along with the other receivers) on the field for some longer balls.

2. Merrill Noel- The highly touted CB from Pahokee, Florida has been really solid for us at corner this year. Although the secondary was shaky as a whole early on Saturday, Noel was a rock for us at the starting CB spot. He only has 9 tackles this year, but a lot of that has to do with how well he has defended his wide receiver so far. On one possession in particular Noel racked up a tackle on 1st Down, a well-defended pass on 2nd Down (that could have been intercepted had Scott Betros not gotten a hand in there first), and a great pass deflection down the sideline on 3rd Down.

A lot has been made about comparing Merrill Noel to Alphonso Smith, especially since both hail from Pahokee, Florida, and play the same way at CB, but I am starting to buy into the hype as well. Bud also showed his explosiveness on a kick off return against N.C. State (that I should have noted last week), and he has a lot of potential to do some damage back there too.

3. Jimmy Newman- After a shaky week one against Syracuse, Newman has been perfect on field goal attempts and XP's since. This included two field goals on Saturday against Gardner-Webb, and 6/6 on XP's. His only blunder was a kickoff out of bounds (that was a questionable call from what I could see). Newman is 7/8 in FG's this year, and 12/13 on XP's. He registered 10 kickoffs for 674 yards, with 4 touchbacks. Although he was aided a bit by the wind (kicking towards the video board), it is still a good sign, and what we saw in practice of his leg strength on kickoffs.

One concern that I do have is his direction on a few of his kickoffs. I'm not sure if we were directional kicking, but a couple looked like they were headed well down the sideline, and of course one of them went out of bounds. Obviously we cannot afford to constantly give up field position at the 40, so kicking out of bounds needs to be eliminated from the equation. I am guessing it was just a blip on the radar, but nevertheless something to keep an eye on against Boston College next weekend.

1. Running Game- The running game has been virtually non-existent for the Deacs in the first three weeks. I really thought that there would be a breakthrough against Gardner-Webb for Josh Harris and Brandon Pendergrass, but there were no really long runs, and for the most part the running game was stifled. If we want to have any chance at a bowl game this year then this has to change sooner rather than later. It is hard to blame an offensive line that blocks for 430 total yards, but there definitely seems to be a trend that shows their strength is pass blocking, and a big weakness is run blocking.

I have heard that a lot of the younger guys excel in run blocking rather than pass blocking, so it may be time to get a few of them some reps out there. With Dennis Godfrey limited due to a broken finger, Steven Chase got a lot of snaps on Saturday. I certainly would not be opposed to a little more rotation if it means more productivity on the ground.

Another aspect of this is Josh Harris and Brandon Pendergrass. In my opinion it is not necessarily one versus the other, but how we need to get them carries to make them as effective as possible. I am in the camp that Brandon Pendergrass should be getting some more carries. I believe I noted last week that I have some questions right now about Josh Harris as a feature back. This is not at all a slight to Josh Harris, and I don't intend it to be that way. From what I have seen, Brandon Pendergrass is more of a contact runner, who isn't afraid to take some hits, and dish them out as well. If we can get him some more carries earlier in the game it will do a couple of things. First of all it will wear down the defense a little more because they are forced to make hits rather than just running our guys out of bounds. It will also allow Josh Harris to be fresher in the 2nd half and be even more of a long run threat for every snap.

2. Secondary- Early on in the game our secondary looked eerily similar to last year's. That is obviously the last thing any Wake Forest fan wants to hear/read. G-W had several guys streaking wide open on crossing routes and deep routes, and had Chandler Browning been able to hit them, the score would have looked a couple of scores different. I give the guys credit for settling down after a bit and limiting their offense overall to a sub-par game, but these kinds of things just cannot continue to happen against the schedule that we are going to face the rest of the year.

Some of the blame can be placed on the lack of pressure up front. There were a few times where Browning had all day to throw, and a cornerback can only cover a receiver for so long before they get open.

The defense in general has lacked forcing turnovers. A lot of that comes up front with pressure (which we have had very little of), but Wake Forest has intercepted one pass this year, and forced 3 fumbles (1 recovered), including none against Gardner-Webb. Forcing two turnovers in three games, particularly with none against an FCS team, is not a good sign at all for a defense. This is something that is really going to hurt us if we don't turn it around soon.

3. Lack of Motivation- I get it...it's Gardner-Webb. I mean no disrespect to them in any manner when I saw that at all, but it is the truth. The Runnin' Bulldogs got smacked by Ohio 30-3 last weekend, and I think our guys were just disinterested in the game. I'm sorry, but this team hasn't earned the right to be "disinterested", or "unmotivated" by really anything. Does the coaching staff need to pop in some more video clips of last year to get these guys jacked up? Last year was embarrassing overall, and the guys need to take it upon themselves, as well as hold each other responsible for a consistent work ethic week in and week out. I don't care who is on the other side of the field, every game should bring 100% of effort from each player, otherwise they should not be out there on the field.

We won 48-5, and that is an impressive scoreline against anybody, but I guarantee you Coach Grobe had some choice words at halftime regarding the effort level of a lot of the players on the team. This cannot continue to happen if we want to make a bowl game this year.

As always, comments and criticisms are always welcome! I'm looking forward to the weekend off and not having the long gameday that is associated with marching band.

I am extremely excited about the Boston College game because SOTOGAB is bringing a pep band of 50 players up to Chestnut Hill and it will fulfill my list of ACC stadiums before I graduate (Just in time for another two to be added).