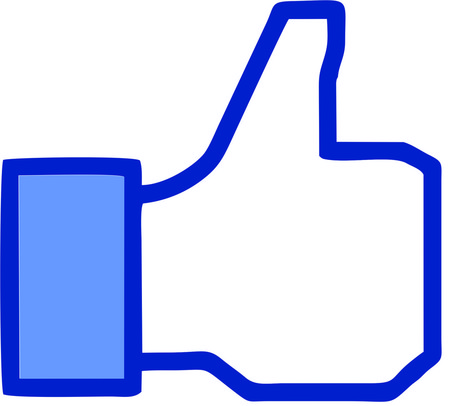 In this week's installment of Three Thumbs Up, Three Thumbs Down, we once again applaud the accomplishments of sophomore QB Tanner Price., who is quickly becoming Wake Forest's sweetheart.

We also tip our cap to the aggressive nature of the coaches playcalling on Saturday. It set the tone early on a 4th down play, and it allowed our guys to do their thing on the field.

Click through for the positives and negatives of last week

1. Tanner Price (2)- Once again, we will start off the week with Tanner Price occupying the #1 Thumbs Up spot. Although Tanner's passer rating went down (168 to 137) from Syracuse to N.C. State, there is little doubt that he was more impressive this weekend than the last. He connected on 22 of his 35 passes (62%), threw for 297 yards, and really only had one bad throw (albeit a costly one). If Wake Forest can get the ground game going for Josh Harris (which I expect to be a main point of emphasis this weekend against Gardner-Webb), these numbers will likely only get better for Tanner. He is playing some very good football, and is making my prediction from last year:

I am going to go ahead and make a bold prediction now that will likely be met with scorn and a mocking comment section: in four years, Tanner Price will have better overall numbers (touchdowns, passing yards, yard per completion, running yards for a QB), than Riley Skinner did. I cannot promise that Price will have more wins than Skinner did over his four years (this would be a ridiculous assertion to make right now considering Skinner had 11 and 9 wins in 2 years), but I think Price will go down as more heralded in the record books.

To further supplement my prediction, here are the combined stats from Riley Skinner and Tanner Price's first 13 games...(note: it doesn't look good for me haha).

The numbers are not really comparable thus far, but I am guessing that Tanner's year this year will be better than Skinner's sophomore year in 2007. Could be close by the time it is all said and done, who knows?

2. Michael Campanaro- Unfortunately for Michael Campanaro, his stats ( 5 catches 93 yards, TD, 1-1, 40 yards TD passing) were accumulated in the first half due to a hamstring injury sustained late in the 2nd quarter. The good news for Wake Forest fans is that he had a pretty incredible half. He managed 4 receptions for 72 yards in the first two drives alone. This included an impressive array of moves on his touchdown catch, where he evaded 4 guys and waltzed into the end zone. The reverse throw for a touchdown was also a thing of beauty. The play call was really exceptional (as was the block that Tommy Bohanon put on the N.C. State blitzer), and Camp just needed to get it anywhere in Danny Dembry's area for the TD to be complete.

With the Deacs not really needing Camp for 3 weeks (the Boston College game), I do not expect to see him play on Saturday against G-W. Rest is what he needs for the hammy, and rest is what he will get.

3. Aggressive Playcalling- Last week I was very critical of the coaching staff and how conservative we got against Syracuse. This week I am 100% behind our staff for the way the game was called on Saturday vs. NCSU. The staff came out and coached like they wanted the team to play. There were blitzes coming from everywhere, passing plays on typical running downs, aggressive placement by our corners on the opposing wideouts, gutsy 4th down calls, and reverses all over the place.

This is Wake Forest football, and what we need to do to be successful in the ACC. Did it hurt us at times? Absolutely. We brought the house on a 4th and long that allowed Mike Glennon to throw a strike to T.J Graham and pull within 7 points of us late. The interception that Tanner threw was on 1st down of a 2 TD lead with just under 6 minutes left. You hate to see those things happen, but the players were given chances to execute and win the game in each instance. If Marshall doesn't get beat, it is a great play call on 4th down. If Tanner throws it a little farther on the wheel route, it's a 30 yard gain and the game is over. I love to see that type of aggressiveness by the coaching staff, and I think it is a big part of the reason why we didn't collapse. The coaches had a winning mentality and kept the pedal on the metal for 60 minutes. That instills confidence in a team, and we won the game.

1. Passing Defense- I noted in the #3 Thumb's Up about how much I liked the aggressive play call on 4th down, but that doesn't absolve blame from our secondary. Two times in the 2nd half did we give up the long ball when a stop would have all but wrapped up the game. The players are getting put into situations where they can make plays, but when they don't make plays, it is squarely on them. Kenny Okoro and AJ Marshall found this out the hard way on Saturday. I expect them to turn it around over the course of the year and answer the bell.

Note: Bud Noel has been playing some fantastic football so far this year. There is a reason that he was highly touted out of high school and committed to FSU before Wake. He is showing it to us right now and has the chance to be an absolute game changer for us.

2. Pressure on the Quarterback- There really wasn't any on Saturday. We had blitzes coming from everywhere, yet managed no sacks on the day. This is probably a by-product of being a bit smaller in the front 7, but a defense that is based on random attacks from everywhere on the field cannot go a game without a sack. There was a lot of pressure at times, but in the 2nd half Glennon had all day to throw the football.

3. TOO MANY PENALTIES- Through 2 games, Wake Forest has already accrued 14 penalties (72nd in the nation). That isn't awful, but the penalties have been pretty costly for the Deacs as well ( 68 ypg, 99th in the country). After Gardner-Webb there are no gimmes on the schedule, and Wake Forest is going to need all the help that they can get to win games that come down to the wire. Teams that get penalized a lot do not usually win close games. The Deacs only committed 4 penalties on Saturday, but one negated a punt return touchdown by Scooby Jackson. I believe it was the 2nd special teams penalty in two weeks for Justin Jackson. Both were completely unnecessary too. These things must be worked out by the time Wake rolls into Chestnut Hill in three weeks.

All in all, it was a fantastic win for the Deacs this past weekend against the Wolfpack. I fully expect us to TCOB on Saturday and hang a number on G-W (something along the lines of 55-10 would be outstanding). I really want to see us come up with a better set of plays for Ted Stacitas to work on in the 2nd half. Our run game also must improve if we want to keep pushing towards bowl eligibility. Our guys have been working their asses off so far, and I expect them to continue to grow and put last year even farther in the rear-view mirror.