Final Q and A with TNIAAM (Syracuse Blog)

Share All sharing options for: Final Q and A with TNIAAM (Syracuse Blog) 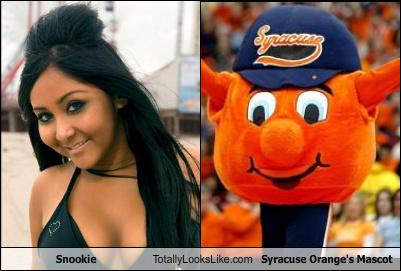 Well folks the day is here. We have waited over 7 months (and really longer for Wake to play a game) for college football and it is finally here!!!! Today we will have this Q and A with Sean Keeley from Troy Nunes is an Absolute Magician, a preview of the game, and any late breaking news leading up to the game.

Click through the jump to get to the good stuff!

1. What is the Syracuse injury situation looking like, and how will it affect y'all tomorrow night?

You know, when camp began it was looking grim. Literally every day it seemed like an offensive lineman was going down with an injury and other players were dropping like flies as well. The term "out indefinitely" because the theme of camp.

But at some point, the injuries stopped and people started coming back. All of the offensive line starters will be on hand and there's enough back-ups to make us not worry. Defensive backs like Shamarko Thomas and Phil Thomas will be back. Keon Lyn, who dislocated his shoulder, will be available although he's not starting. Even Prince-Tyson Gulley, who got stabbed just over a month ago, is good to go.

2. How did the preseason go for the Orange overall? Were there any surprises/standouts? On the flip side, were there any players that were being looked at to step up that did not?


It started out rough. WR Marcus Sales and QB Jonny Miller got suspended indefinitely for off-the-field issues. And then those aforementioned injuries marred camp to the point where we were running out of linemen. Then, as Doug Marrone put it, the team developed its mental toughness and things settled in.

Some surprise players who made an impact include freshman RB Adonis Ameen-Moore, sophomore WR Jarrod West and LB Dyshawn Davis, all of whom are expected to make an impact this season.  As for players who came up short, I think we have to look at Sales, who was expected to be our deep threat but screwed himself and the team by getting caught with a massive amount of drugs. Awesome.

Syracuse will win because the Orange offense is full of weapons and has the ability to score in multiple ways. Ryan Nassib is much-improved and Antwon Bailey is a much more solid RB than many are giving him credit for. Meanwhile, the defense has some strong anchors at DE (Mikhail Marinovich and Chandler Jones) to cut down the run while Phil Thomas and Shamarko Thomas shut down the Wake passing game.


Syracuse was abysmal at home last season. I'm not really sure why. Perhaps the curse continues. Wake also has a chance if the defense really is as inexperienced as many think. They might need some time to gel and the Deacons can take advantage of that.

5. Do you feel like Syracuse (fans or players) are overlooking/looking down on Wake Forest?


I think there is a level of that going on. I think Syracuse fans certainly expect us to beat Wake Forest, given the way last season went for both teams. The thing is, we suffered for so long that any kind of reasonable expectation makes us go crazy and start predicting Big East titles and 10-win seasons. So yeah, we're probably getting ahead of ourselves. At the end of the day, there's a big difference between Wake Forest and our next opponent, Rhode Island, and I hope our players are in the right mindset.

6. What are you expectations for the game tomorrow night, and the year overall?


Well, to piggyback off that last answer, I absolutely expect Syracuse to win. Home opener, coming off last season's success and with the best offensive unit we've had in years, I am expecting to see a lot of points on the board.

I truly believe the Orange can emulate their success from last year, even if its a different kind of success. Last year it was defense first but this year I think it's going to be the offense that carries things. At least I hope so.

I think the Orange have the ability to start very strong, maybe 3-1 in September. From there, they'll be competitive in the Big East since there is no powerhouse. I'm hoping for 8 wins but I'm expecting 7. A return to the Pinstripe Bowl is fine but I'm thinking we end up back in your state for the Belk Bowl.

I see a lot of scoring due to SU's offensive ability and SU's defensive liability, so I'm going with 31-21 Orange in a solid game. Good luck to you guys...