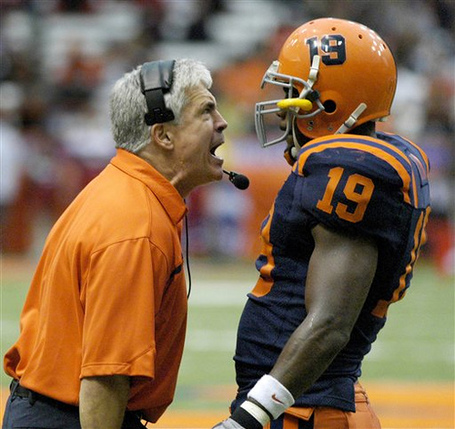 It's finally here. The first game of the year is 3 days, 5 hours, and 56 minutes away as I type this sentence. As all of you know, Wake kicks off their 2011 football campaign in the Carrier Dome on Thursday night at 8:00. We here at BSD have been incredibly busy with our lives and this has admittedly taken a backseat as classes rev up again and college gets in full swing.

That being said, we will of course be bringing all of the coverage for the game from today until Thursday. That includes a look at our roster, a look at Syracuse's roster, a Q and A with TNIAAM, predictions, sector breakdowns, and many other things that I can't think of right now. This is where you need to be for all the up-to-date action as game week unfolds.

Without further ado, let's take a look at the WFU depth chart for Thursday night! 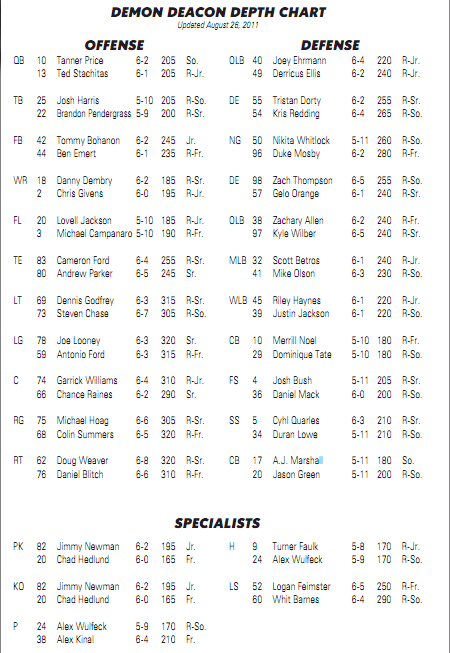 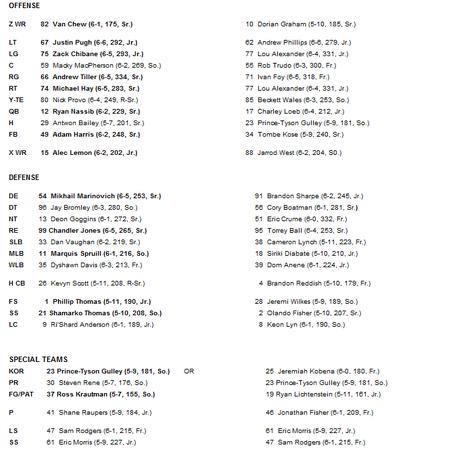 Here are the initial thoughts from Sean Keeley over at Troy Nunes is an Absolute Magician though.

- Bromley and Goggins get the nod in the interior. Boatman behind Bromley. Should be a robust rotation there, though.
- Cam Lynch is punching his ticket as the second-choice SAM behind Vaughan.
- Scott and Anderson are your starters at the corner with Reddish and Lyn as second-choice looks.
- The Thomases will start. Hooray for destructive bodily harm.
- Prince-Tyson is your second back and your first-line returner on the kickoff team. Stab wounds are for the weak.

Comments are always welcome, and we will have a couple more articles up this afternoon.