Blogger So Dear has received a letter from multiple sources close to the situation providing more insight and details into the alleged sexual assault surrounding two former Wake Forest basketball players while in Miami for the NCAA tournament in 2009. A former Wake Forest student will appear on the Today Show on Thursday May 19th around 7:45 A.M. to talk about an incident occurring on March 19th, 2009.

Click through to see the contents of the letter

The letter is reportedly written by the mother of the alleged assault victim: 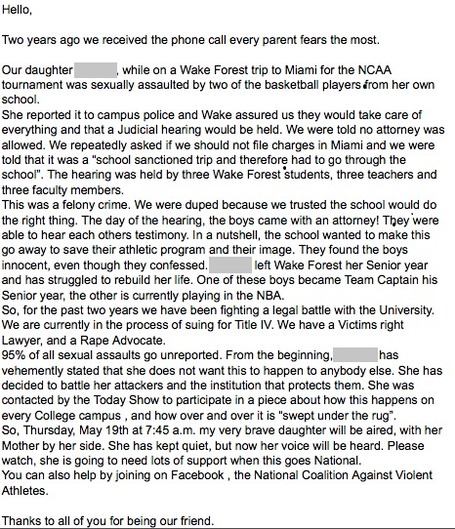 The letter has already made its way on to various ACC internet message boards.