Blogger So Dear has received information from multiple sources that a former Wake Forest student will make an appearance on the Today Show telling the nation about a sexual assault by two former Wake Forest basketball players, occurring the night before the 2009 NCAA tournament game against Cleveland State.

The former Wake Forest student will detail an incident occurring on March 19, 2009 in Miami, Fl. The Wake Forest basketball team was set to take on the Cleveland State Vikings the next day in the first round of the NCAA basketball tournament, a game the Deacons lost 84-69.

According to an incident by the NCAVA (National Coalition Against Violent Athletes):

This story is particularly revealing considering the discussions of both Wake fans and national media following Wake’s early departure from the NCAA tournament as a four seed. The Deacons soared to the top of the rankings in mid-January following a 16-0 start under former head coach Dino Gaudio, before losing the last two games of the season against Maryland and Cleveland State.

A series of four losses in six games between late January and mid-February led many Deacon fans to believe there were chemistry issues with the team, even before the early round exits in both the ACC and NCAA tournaments.

The 2008-2009 team was only the second team in Wake Forest basketball history to reach number one in the nation and featured future NBA players James Johnson, Jeff Teague, Al-Farouq Aminu, and Ishmael Smith.

Johnson and Teague were both first round selections in the 2009 NBA draft, while Aminu was selected in the top 10 of the 2010 draft, and Smith was picked up as an undrafted free agent.

The segment will air on NBC’s Today Show on Thursday, May 19th around 8 A.M, check your local listings for more information. 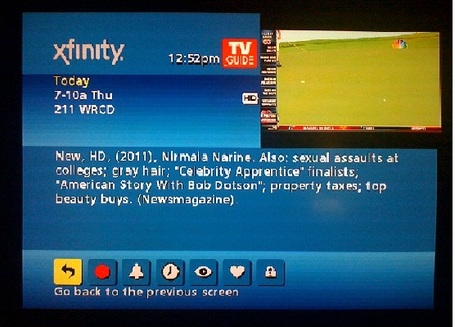