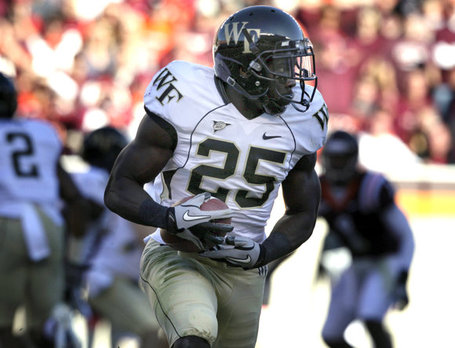 I got this idea from BCInterruption (Our sister site that represents Boston College), and since we have been taking a bit of a break since the end of basketball season, I figured this was a good time to project the two deep lineup for our football team next year.

Obviously things can change, but I am attempting to provide the most up-to-date projection of the Syracuse game were next weekend instead of the Spring Game.

If I am missing something blatant then let me know because I am bound to make one huge mistake. Comments are welcome, as well as questions about why I slotted certain players where they are. Enjoy!

Note: Year is what they will be next fall (Tanner=So, Josh Harris=R-So, etc.)

Look for the 2nd part of the series on the defensive 2-deep in the next couple of days. Spring game is next Saturday, so I am looking forward to that as well!