Share All sharing options for: Travis McKie vs. Harrison Barnes for ACC FOY 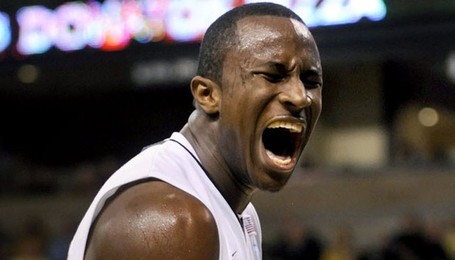 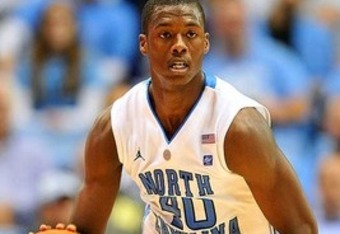 As we begin to wind this season up (especially for Wake Forest), really the only questions that are left to be answered are: Will Wake Forest win another game, or set an ACC record for losses in a season (24), as well as losses in the ACC in one season (15), and if Travis McKie can win ACC Freshman of the Year.

Kyrie Irving probably would have taken the honors if he had no gone down with his toe injury so early in the year. Harrison Barnes had extremely lofty expectations set for him before the season began, and just in the past month has started to live up to them. Travis McKie has gone mostly under the radar, as he came in with four other freshman, and Wake Forest has been historically bad.

Click through to check out stats for McKie and Barnes, and which player should win FOY in the ACC.

Conclusion: Harrison Barnes will win the ACC FOY, and it will probably not be that close in the media voting. He will deserve winning it (as would Travis), and I will certainly have no problem with it. He played on the better team, and improved throughout the year after a very slow start.
If Travis McKie does not get second place, I will be extremely outraged and demand explanations. The margin of victory for Barnes will probably not be justified, as the media will cover their backs on the unrealistic expectations they had for him when the season started.
If the award were the "most valuable freshman", then it would absolutely have to be Travis McKie. Without him on our team I shudder to think of how much worse this year could have been. I just want Travis McKie to get the respect he deserves. He plays on a team that is not very good, but he has given it his all and put up very impressive numbers for a freshman. Regardless of whether or not he wins the award, he is very, very important for Wake Forest going forward, and if he continues to play this way for the next three years then he could be one of the best players to ever wear the Wake Forest uniform.
Kudos to you Travis, and from a diehard Wake Forest fan...thank you for representing Wake Forest in the best way possible both on and off the court. It is an honor to have you on our team and all the fans appreciate what you do for us night in and night out.