Share All sharing options for: Wake Forest Baseball Home Opener: It's the right thing to do (TODAY AT 4 @ WAKE FOREST BASEBALL PARK) 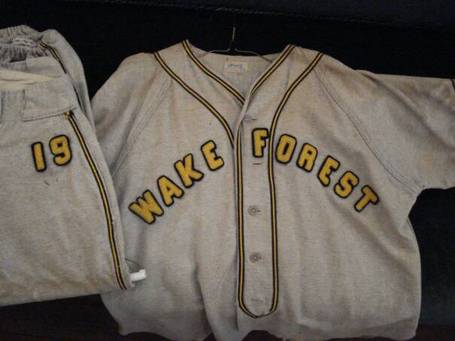 The Wake Forest University baseball team will host Western Carolina University at 4 p.m. on Tuesday, Feb. 22 at Gene Hooks Field at Wake Forest Baseball Park in the home opener for the Demon Deacons.

The game is being billed as "Opening Day. It’s the right thing to do."

As most Demon Deacon fans are aware, head baseball coach Tom Walter donated a kidney to freshman baseball player Kevin Jordan. The procedure freed Jordan from daily dialysis and will provide Jordan with a far greater chance at a normal life.

Coach Walter’s generosity has brought national acclaim to Wake Forest University and its baseball program. Wake Forest fans throughout the nation have responded and asked, ‘What can we do to support Coach Walter and the Deacons?’ While conducting interviews following the surgery, Coach Walter was asked how he reached the decision to make this donation. His response has been that ‘It was the right thing to do.’

While suffering through the cold and snow of winter, Americans have always looked forward to baseball’s Opening Day and the start of spring. This year, with the start of the college baseball season, Wake Forest fans have an opportunity to pay tribute to a coach who lives Wake Forest’s motto of "Pro Humanitate" every day.

Student-athletes representing each of Wake Forest’s athletic teams are expected to be on hand and the campus community, as well as the Winston-Salem community, are being invited to attend the game.

Admission to Tuesday’s home opener is free and concession stands will be open and fully operational.