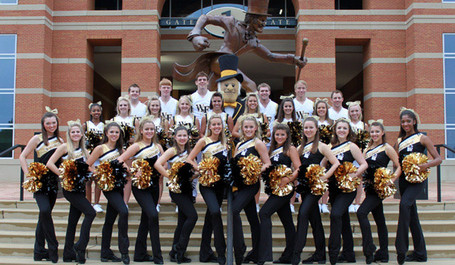 Everything that happened in Wake Forest athletics is right here for your viewing convenience.

Click through the jump to get to a collection of Wake Forest stories from around the web.

No. 19 North Carolina dispatch Wake Forest - BostonHerald.com
CHAPEL HILL, N.C. — North Carolina forward John Henson can sense his perimeter teammates are getting frustrated that their shots aren’t falling. "So I always kind of joke around and say, ‘As long as you’ve got it by March 13 Selection Sunday we’ll be fine,"...

Baseball: Tigers blast Wake Forest, 15-4 - The Daily Reveille
It only took two innings to know Wake Forest's fate was doomed on opening night. The LSU baseball team (1-0) scored six runs in each of the first two innings and drilled the Demon Deacons (0-1), 15-4, running its streak of season opening wins to 10. For an opening game I'm not sure we could have played much better, said LSU coach Paul Mainieri.

Wake trio earns postgraduate scholarships - Charlotte Wake Forest Demon Deacons | Examiner.com
Three Wake Forest student-athletes were given some good news this past Friday when the Atlantic Coast Conference awarded them with postgraduate scholarships. Iain Atkinson (men's tennis), Casey Luckhurst (women's soccer) and Kristen White (volleyball) were awarded the Weaver-James-Corrigan Award, while Atkinson was one of three student-athletes in the conference to receive the Thacker Award.

WINSTON-SALEM, N.C. - The 35th-ranked LSU men's tennis team dropped the early doubles point and was unable to catch up in singles as they fell to No. 37 Wake Forest, 4-3, on Sunday at Wake Forest's Indoor Tennis Center.