Share All sharing options for: Deacs fall to Noles 84-66 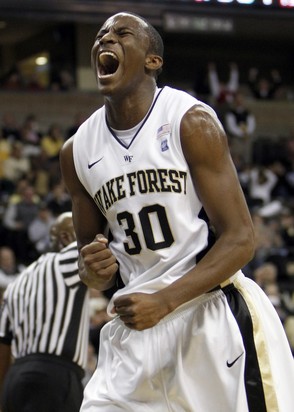 Wake Forest put together a pretty good first half, but came out of halftime with no energy whatsoever, and Florida State waltzed to an easy victory at the Joel today.

The Deacs looked pretty good at times in their offense in the first half, and I was impressed with them, but they really threw it all away with the second half. There were no signs of life, and you cannot win games in the ACC when you go stretches that long without playing with 100% intensity.

Team Comments
Now we have to put the game behind us and move on to Virginia Tech, who no doubt is going to be mad after their loss today at Virginia. The Hokies have to take care of business from here on out and cannot afford a loss to a team of our caliber. Get out there and support the Deacs at 7:00 on Tuesday if you live in the Winston-Salem area.