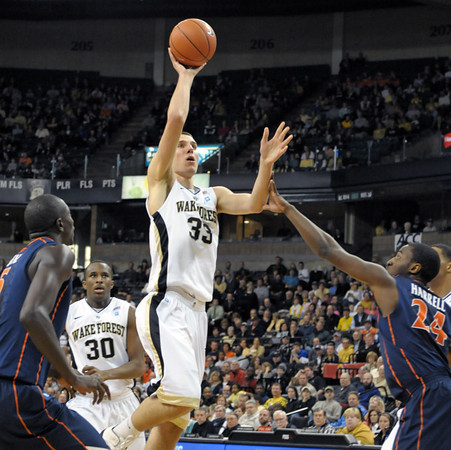 Click through for a look at how Carson stacks up against his counterparts from the 2010 recruiting class. 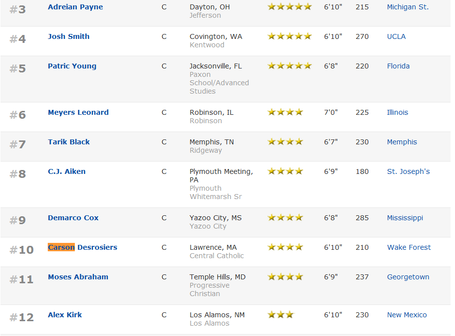 My conclusion: Carson Desrosiers is playing slightly worse than the recruits around him. This was a little surprising to me, but not because of what I have seen on the court. Carson is doing about what I expected of him coming out of high school. He is going to develop into a great player inside for us, and will hopefully be All-ACC by his junior year (if he can play the 4 rather than the 5 it would help tremendously, but with our current team mindset that probably will not happen). I am very surprised at how the other big men are playing. They are extremely efficient, and have been some of the better assets ("go to guys"/"major contributors" according to KenPom) o ntheir team.
This conclusion is slightly detrimental to my hypothesis: Wake Forest recruits are playing at or above average compare to their peers. This is based on the stats above that I have listed.
If you feel that I have left something out, or not done a fair comparison then let me know what I can do differently in the comment section.
On Monday I will wrap this up and give my final conclusions on how our freshmen (3/5 of them anyway) have done relative to the players around them in their class. Hopefully this will give some context to the expectations that we should have for them as opposed to what some people believe they should be doing.