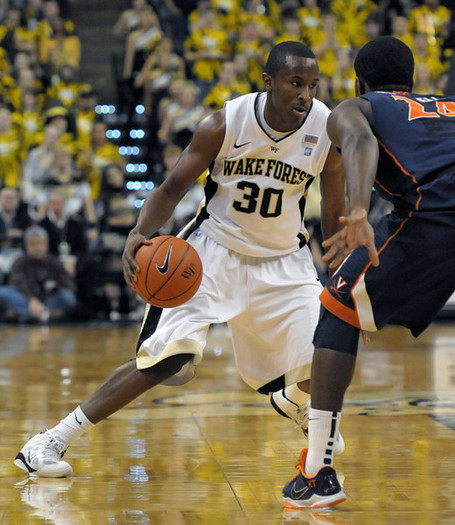 Thanks to Bob Hebert, find his pictures right here @ http://www.bobhebert.org/Wake-Forest-Basketball

So we are predominantly looking at Carson Desrosiers, JT Terrell, and Travis McKie to see how they stack up against their classmates. Today we look at Travis McKie

Click through for a look at how Travis stacks up against his counterparts from the 2010 recruiting class. 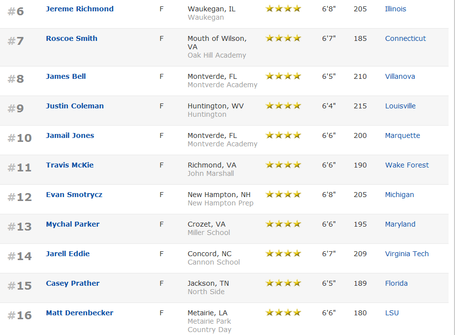 My conclusion: Travis is playing significantly better than the recruits around him.
This conclusion backs up my hypothesis so far: Wake Forest recruits are playing at or above average compare to their peers. This is based on the stats above that I have listed.
If you feel that I have left something out, or not done a fair comparison then let me know what I can do differently in the comment section.
Tomorrow: Carson Desrosiers vs. Similar NCAA Freshmen