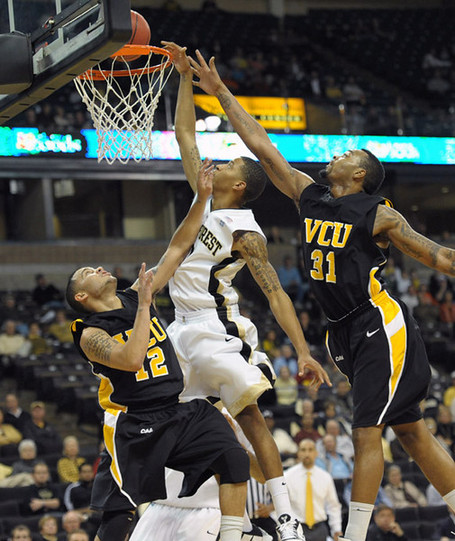 Thanks to Bob Hebert, find his pictures right here @ http://www.bobhebert.org/Wake-Forest-Basketball

So we are predominantly looking at Carson Desrosiers, JT Terrell, and Travis McKie to see how they stack up against their classmates. Today we look at J.T. Terrell

Click through for a look at how JTT stacks up against his counterparts from the 2010 recruiting class.

J.T. Terrell (11th at his position (SG), 53rd overall according to Rivals.com) 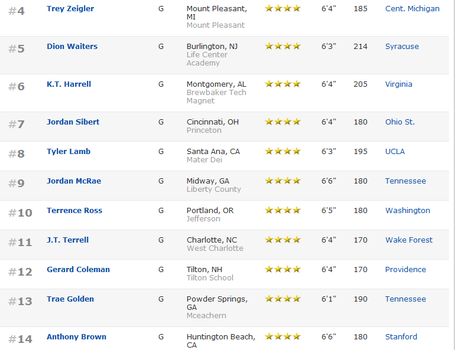 Above is a look at the 10 players around JT Terrell. These players are all classified as shooting guards, but as you can see, there is a broad range of heights among them, ranging from 6'1" to 6'6". Keep that in mind as we look at them. Also be sure to look at minutes and the competition that they are playing against (Central Michigan vs. Ohio State for example).

Conclusions on JTT vs. NCAA (so far this year)

My conclusion: JTT is playing slightly better than the recruits around him. He is known for his scoring, and that is his strong suit. His APG and RPG are right at the average of the other players, and I agree that he should be doing more of this. I also think that this will come with time as he develops from being more than just a one-dimensional player. His shooting is right where it needs to be, and even above average from 3's and the free throw line. His PPS is one of the best out of the players listed, and I think that it will only get better as well when he gets more comfortable with the offense and does what he needs to do.
This conclusion backs up my hypothesis so far: Wake Forest recruits are playing at or above average compare to their peers. This is based on the stats above that I have listed.
If you feel that I have left something out, or not done a fair comparison then let me know what I can do differently in the comment section.
Tomorrow: Travis McKie vs. Similar NCAA Freshmen