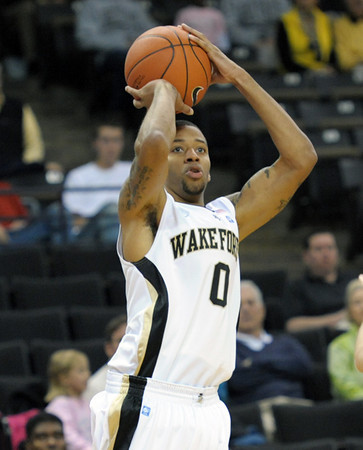 In a game where the Deacs were outmanned inside, they managed to keep it respectable at the Dean Dome, losing 78-64. JT Terrell finished with 18 points and really showcased what he can do when he shoots the ball well. Harrison Barnes, Tyler Zeller, and John Henson were just way too much for Walker and Desrosiers to handle.

I am really proud of the way the Deacs fought back in the 2nd half. Down 41-28 at the half, we let the lead get back up to 60-43, then went on a 12-3 run to cut it to 63-55. UNC then went on a 11-0 run and closed it out. Our offense still has a lot of room to grow and we have to work on our shot selection, but all things considered, against a defense that is top 5 in the country (KenPom), we performed quite admirably.