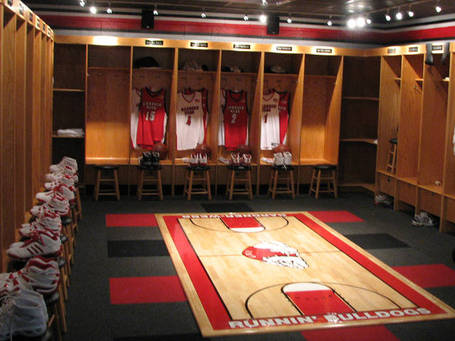 After an eight day layoff for exam week, the Deacs get back into action with a 1:00 game against the Gardner-Webb Runnin' Bulldogs. One would hope that this game will be rather one-sided in favor of the Deacs, but given the past year and a half that we have all witnessed, nothing is for certain at this juncture.

Gardner-Webb comes into the game with a record of 6-6. They have defeated two straight opponents (Alice Lloyd??? and SC State) by scores of 87-57.

With that in mind let's leap into the world of the Atlantic Sun and see what Gardner-Webb has to throw at us tomorrow.

Click through for a statistical analysis of G-W after the jump.

Let's start with a full scouting report of Gardner-Webb (thanks as usual to KenPom.com for the number).

Stats include games through Friday, December 16
against D-I teams only

From the numbers we can get some basic info to analyze here:

What I would like to see tomorrow:
Prediction:
Wake -78
GW- 59
Look for us to get on them early and often and kill their will to win the game. I think Travis will have a huge night (double-double), and hopefully the bigger guys will too. I think the Deacs are going to be too much for the Bulldogs. I don't mean to disrespect them in any way, but an ACC team should not struggle with them at all. Hopefully the guys will be excited about focusing solely on basketball and come out in a business-like fashion to take it to Gardner-Webb.