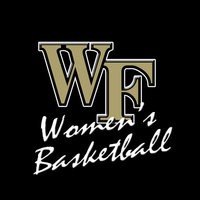 The Wake Forest women's basketball team faces off against Tusculum tonight at 6:30. There is still time if you're reading this to get over to the Joel and take the game in. Click through the jump for a bit of a preview (really a look at the Deacs and what to expect in the second exhibition game).

We will also be providing live updates court-side from the Joel for those of you that can't make it here.

Click through for a link to the first exhibition game and things to watch for tonight.

The Deacs got a resounding victory in the first exhibition game of the year against Lenoir-Rhyne. It's hard to seriously say that they have a lot to work on after a 102-39 victory, but since it is early in the year there are several things that the Deacs will look to improve upon tonight. Here are some things to look for:

It will be a homecoming of sorts for Tusculum's head coach Adell Harris.

Harris, who grew up in nearby High Point and graduated from T. Wingate Andrews High School, played four seasons for the Demon Deacons from 1998 to 2002 and was the starting point guard and a co-captain as a senior. That year (2001-02), she averaged a career-high 4.6 points per game and dished out 108 assists to rank 10th at the time on the program's single-season list.

Though in the last nine years Harris has only once been on the Joel Coliseum floor in a game situation, as an assistant coach at UNC Asheville, the memories of those years with the Demon Deacons will be foremost on her mind as the Pioneers' team bus travels across Interstate 40 into the Triad.

"It's going to hit me more once we get into the Winston-Salem area, and get closer to the arena where I went plenty of times to play games. It's somewhat of a full circle moment for me, honestly. I'm trying to concentrate on our team and our preparation, but once we get closer to the venue it's going to feel like maybe I've done something since leaving there," said Harris, entering her third season as head coach at Tusculum. "Mike Petersen has extended the offer to us (to play the exhibition game) and I'm extremely grateful to have the opportunity to come back. I have lots of moments and memories from that part of North Carolina."

She has done a great job so far in her two years at Tusculum, leading the Pioneers to a 44-19 overall record, including an Elite Eight berth in her first year at the helm.

Keep up with the comments for the live updates throughout the night, and as always, Go Deacs!
Update: The Deacs got 10 points from senior Secily Ray, but nobody else scored in double figures as the Deacs managed a 65-40 win over the Tusculum Pioneers. The Pioneers provided more of a challenge than the score might indicate, as they forced the Deacs to 22 turnovers, and held them to a woeful 3-pt shooting percentage.
Despite all of the turnovers, the Deacs once again relied on outstanding defense to hold D-II Tusculum to 40 points. Coach Petersen will have plenty to work on for the Deacs too, as the team gets ready for its regular season opener against Monmouth next Tuesday at 6:30 at the Lawrence Joel Veterans Memorial Coliseum