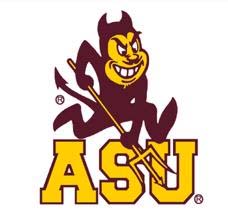 The Wake Forest basketball team returns to action on Friday to take on the Arizona State Sun Devils in the consolation bracket of the Old Spice Classic in Orlando. Wake is coming off a hard-fought 80-76 loss at the hands of the Dayton Flyers while the Sun Devils are looking to bounce back from a 55-44 defeat to the Fairfield Stags.

After yesterday the Deacs sit at 3-1 while the Herb Sendek-led Arizona State team enters with a 1-3 record. The Sun Devils won their season opener over Montana State and are on a three game losing streak with consecutive losses to Pepperdine, New Mexico, and Fairfield.

The game will start around 7:30 and is televised on ESPN2. Since it is the last game of the day in the Disney World complex it may be slightly delayed by previous matchups, but 7:30 is the projected start. Taking a quick look at this Arizona State team, it is noteworthy that they are mediocre on defense while allowing teams to get to the line at a high clip and at the same time pretty terrible on offense as far as a major conference team goes. The 28.1 turnover percentage indicates that the Sun Devils have a high proclivity for turning the ball over while the 14.2 steal offensive percentage for other teams means that there are a lot of unforced turnovers that Sendek's' team commits. The individual statistics back up this point of carelessness as five different players for ASU average 1.8 or more turnovers a game. Look for Wake to pressure the ball and attempt to force Sendek's' team into throwing the ball away under pressure. For the first time this year let's also look at how Wake is faring in KenPom's four major factors. For the most part the Deacs are taking care of business on the offensive side of the floor, a staple of solid Jeff Bzdelik teams of the past. Wake did not shoot the ball comparatively well in the Dayton game, yet are still 28th in the nation in effective field goal percentage, a large testament to the outside shooting ability of the Deacs. Chase Fischer catching on fire for about a minute in the second half against the Flyers revealed that Wake has multiple outside weapons to rely upon and if the Deacs can set up good looks around the perimeter with the players' feet set opponents will need to constantly keep a hand in their face to force misses.

Something which will continue to be a concern this year is the rebounding ability of this team. Wake has been outrebounded in all four games they've played this year and will in all likelihood continue to do so as the season continues. ASU has a couple of guys inside above 7 feet, but they appear to play a similar role to the 7 footers in the Deacon offense and only effective insofar as they stay out of foul trouble. Neither of the two 7 footers (Jordan Bachynski and Ruslan Pateev) play very much (15 and 8 minutes respectively) yet both average over two fouls a game. If Wake can try to work the ball into the low post they may experience some success as beyond the two big men, the Sun Devils don't' have anyone on the roster over 6'7".

I think Wake comes out hungry and gets off to a good start tonight, but I continue to see rebounding being a major issue for the Deacs and it hurts them against Sendek's Sun Devils. I was happy with the smaller lineup Wake went with at times yesterday where three guards, Travis, and Nikita on the floor. Carson was a liability when he was on the floor yesterday and needs to do a better job of boxing out and pursuing the ball of the glass. Both Nikita and Carson were caught standing around watching the Flyers hustle to the ball and get on the floor to get rebounds while Desrosiers and Mescheriakov appeared to be stuck to the floor. This will be a major concern moving forward this year and is something that a team without much height inside can ill afford to do.

McKie and Harris will continue their torrid pace to the season in which they are averaging over 20 points a piece. McKie has recorded 20 points or more in three of the four games this year and Wake will need him to have a good one tonight for Wake to stay in it.

Sorry for the abbreviated preview on the short turnaround from day one to day two of the tournament, but it's a busy day and I can try to answer any questions people have they're asked. As always, Go Deacs!