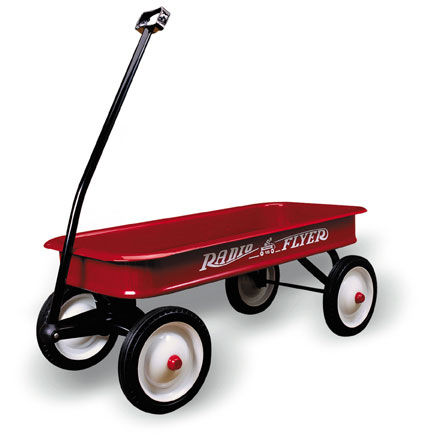 Wake Forest will open play in the Old Spice Classic against the Dayton Flyers from the A-10. This is really the first game Wake has played this year against an opponent expected to make any kind of noise throughout the season and will be a great barometer for where this Wake team stands through four games.

Wake is 3-0 after three games against relatively mediocre to bad teams, while Dayton stands at 2-1 with wins against Western Illinois and UNC-Wilmington with their sole loss coming on the road in overtime against a decent Miami (Oh.) team.

Tip off will jump at 7 P.M. and the game is aired on ESPN2 in front of a national audience. This is the first nationally televised game of the season for both teams and will be a nice dessert for every Wake fan's Thanksgiving feast. Win or lose the Deacs will play again on Friday against either the winner or loser of the Arizona State/Fairfield game which will start half an hour after the conclusion of the Wake/Flyers game.

Dayton is the best team Wake has faced thus far by a considerable margin. Despite reading some material from Dayton fans suggesting that they are concerned about the upcoming season, the Flyers should be a top 5 team in the Atlantic 10 and with a couple of upsets could flirt with an at-large bid to the NCAA Tournament in March (although this is probably unlikely).

So the Flyers are a VERY experienced team, starting two seniors and three juniors at the beginning of the year. This is Archie Miller's first year as a head coach. Wake fans may remember Archie from his days at N.C. State when he was there for what seemed like decades. His brother, Sean, is the head basketball coach at Arizona and was the head coach of Dayton's in-state rival Xavier for several years before moving out west.

The team doesn't have that much height inside as the tallest player comes in at 6'9", but the backcourt is quick and deadly from outside. The Flyers are still trying to fill the hole left by Chris Wright's graduation. Wright averaged 13 and 8 last year while being the main fixture of Dayton's front court. The Flyers only have one freshman on the roster, Alex Gavrilovic, who doesn't see too much playing time and is the 9th man in a nine-man rotation. Transfer Kevin Dillard from Southern Illinois brings a steady hand in the backcourt and it shows as he averages six assists a game running the show for Miller's team.

Dayton's offense is based around getting open looks from distance and knocking shots down and it shows as over 35% of their points come from outside. Paul Williams is going to be a major threat for the Flyers and the major outside concern the Deacs will need to lock down on a consistent basis on the offensive side of the court. Williams, who is shooting 57% from outside the arc, will provide a huge challenge for Wake throughout the game. One of this year's greatest improvements from last year though is vastly increasing their scoring inside the arc. In 2011 the Flyers shot an absolutely abysmal 43% on two-pointers, which has increased this year to 55%, good for a 200+ spot improvement nationally in the category. Perhaps the biggest area of weakness for the Flyers is getting to the free throw line. Since the offense is predicated on shooting 3's, they don't get to the line for easy points and rank 3rd to last in the nation in free throws attempted per field goals attempted. In other words, they aren't getting points with the clock stopped and aren't getting to the line because they're shooting so many three-pointers.

As previously noted, the first thing that stands out for Dayton is the fact that they are nearly incompetent at getting to the line at all. In fact, they've only shot 27 free throws all year which is pretty remarkable considering Wake shot 44 against Loyola in the season opener. Wake needs to do a good job of being disciplined around the perimeter on the defensive end. I'd look for Bzdelik to break out a little more zone tomorrow than we've seen throughout the first three games of the year where Wake has utilized man-to-man D almost exclusively. Dayton is good at getting rebounds off of their jumpers, most likely because there are long bounces on missed three's and the big men are frequently pulled away from the rim in the offensive sets, very similar to Wake's motion offense where Desrosiers and McKie are out around the perimeter.

The other thing noteworthy is Dayton's prowess on the defensive end, where they rank 54th in the nation according to KenPom, limiting the opponents to a solid 42.8 effective FG%, well below the national average.

This sounds like a pretty basic key to any game, but this game is a matchup of a very solid Dayton field-goal defense against an excellent shooting team in Wake Forest. The fact that Wake is an excellent shooting team may actually be news to a lot of Wake fans who have watched games this year, but objectively speaking the Deacs shoot the rock very well. Wake is shooting 43.4% from outside the arc, as well as 53.2% from inside. Combined this places the Deacs at a 57.0% effective FG% which ranks 20th in the nation. The second-half performance against Central in Wake's last game certainly didn't hurt as Wake made contested shot after contested shot against the Eagles. The weighted offensive efficiency against Central was 132.1, which marked Wake's second best offensive performance since Chris Paul was running the point in Winston-Salem.

If Wake can shoot the ball well against Dayton's defense the Deacs will certainly have the upper-hand in this one, but it remains to be seen how they will shoot the ball on a neutral site against a better team than North Carolina Central was.

2. Dayton getting good looks from outside

Similar to the first key of the game, it is necessary for Wake to shut down Dayton's perimeter looks. Dayton lives by the three and dies by the three which means they can kill teams, but they can also lose any game where the long ball isn't falling. Dayton is by no means a bad rebounding team and will almost certainly outrebound the Deacons. If Wake can run a zone or a high pressure man-to-man to force shots and give the Flyers bad looks then Wake may be able to get more boards than usual and get out on the fastbreak to get the tempo up to Wake's high-paced level. If Dayton is making threes and Wake sits back in the man D that we've seen in the first three games, look out because this one will get ugly.

As mentioned earlier Dayton does not get to the line very much. On the other hand Wake gets to the line a considerable amount (10th in the nation in FTA/FGA). Wake needs to continue to get good looks out of the motion offense and get inside where they can reach the free throw line for free points. Against Central the Deacs struggled playing a more athletic and bigger team than Wake encountered against Loyola or Georgia Southern and it showed, as the Deacs only made it to the line 20 times, well below the average of 40 times after two games (albeit a very inflated number which was bound to regress back to a more normal average). For Wake to win this game, they will have to shoot at least 25-30 free throws while keeping Dayton around their season average of nine a game.

Call me biased or a homer, but I think Wake is going to get a win here against Dayton. While KenPom disagrees and has Dayton as a 74-68 favorite, I have a good feeling about this game. Dayton is definitely beatable as a team which relies heavily on the three shot and I believe that Bzdelik will effectively counter this perimeter offense with a solid mixture of zone coverage (mitigating the fact that the Deacs have a few players who are best-case mediocre at man-to-man defense while not really hurting rebounding since Wake is terrible in the first place). If the three is not falling and Wake is working hard on offense to break down Dayton's man-to-man coverage, I think the Deacons will pull out a close and hard-fought victory which will be the beginning of a solid nightcap for the crowd making the trip to Orlando for this one.

I'll also go out on a limb and say Fairfield upsets Arizona State by a 78-73 score in the last game on Turkey day.

As always, comments/criticisms/corrections/concerns are all welcome and encouraged. If anyone is interested in me changing the format of previews or wants information which I haven't been providing let me know and we can make changes moving forward. As always, go Deacs!