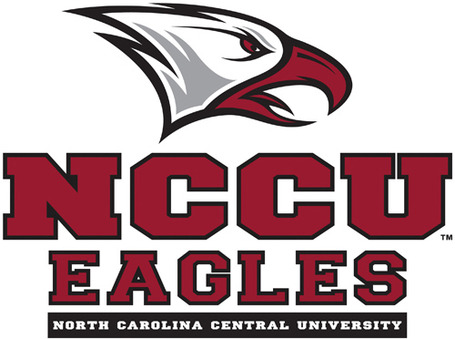 Well for the second time this year the Deacs will be taking on a team called the Eagles (with the other one coming against Georgia Southern). Wake Forest puts their 2-0 season record on the line in the final tuneup before heading south to the Old Spice Classic over the Thanksgiving weekend. Central enters the game with a 1-2 record but their only win came against non-Division I team Johnson and Wales. The Eagles lost their last game 87-83 in New York against the Wagner Seahawks.

The game will tip off at 7 P.M. at the LJVM in Winston-Salem and will be aired on ESPN3. If you're in the area come on out because tickets are cheap and the Deacs will look to extend their unbeaten 2011 record.

North Carolina Central is one of the worst teams Wake will play all year. According to our good friend KenPom, they are the second worst team the Deacs will face, 25 spots worse than the Georgia Southern team Wake handled earlier in the week. Wake is clearly the favorite and should be able to simply overpower the Eagles on both sides of the floor.

Head Coach: Henry Dickerson (31-92, in his fifth season with the Eagles)

North Carolina Central is heavily reliant upon the contributions from three key transfers which they have brought in over the previous couple of years. A name which a lot of Wake fans will remember is Dominique Sutton, a player who showed interest in Wake Forest after deciding to transfer from Kansas State two seasons ago. He latched on with North Carolina Central to be closer to home and has thrived this season, averaging a double-double. Sutton is a major conference talent who should not be taken lightly and although he is only listed at 6-5" he is a hard worker who can crash the boards with Wake's bigs inside and will provide a challenge for Desrosiers and McKie.

Ray Willis is another player who the Deacs will need to be wary of as he is a jack of all trades, accruing a reasonable number of stats across several categories including blocks, steals, assists, rebounds, as well as averaging 15+ points a game. The final transfer, Ebuka Anayaorah, comes from Georgia and is likely to contribute some solid minutes at the two and try to help stretch out the Wake Forest defense.

So a quick look at Central's stats through two of their first three games reveal that Central is, well not very good on defense (note: does not count the Johnson and Wales game since KenPom does not take non-Division I opponents into consideration if his statistics). Teams are shooting well against the Eagles from the field, particularly from outside where opponents are shooting 43.6% (bottom 30 defensively in the nation). The Eagles also foul a lot, but actually get to the line at a better clip than the other team. For Wake to be successful, they will need to get open looks from outside and convert them, as well as continue to get to the free throw line consistently as the Deacs have over the first two games.

1. Importance of being aggressive within the passing lanes

Central has done a fantastic job this year moving the ball around, getting the ball up and down the court, but are also susceptible to committing a fair amount of turnovers. The Eagles enter the game averaging 17 assists per game, but also averaging 15 turnovers. If Wake can stay in the passing lanes and force the guards to pick up their dribble, the Deacs will be successful in creating turnovers and keeping momentum on Wake's side of the court. On the other side, Central is averaging 12 steals a game and when compared with the fact that Wake does not really take good care of the ball (16 turnovers a game) the Eagles will likewise be looking to be aggressive in shutting down passes across the court. Wake's motion offense features the ball moving around in the half-court set quite frequently while setting up around the perimeter. So far the Deacs have done a good job of keeping the defense on their heels, but Central's length and proclivity for forcing turnovers could prove to be a challenge for the Deacs.

2. Get good looks from outside the arc

Both teams will probably be taking a lot of shots from outside. Central will need to get a lot of good looks to have a chance to stay in the game and the Deacs have been shooting a good amount of three's this year, as is seen in the 6-23 shooting performance from outside against Georgia Southern on Wednesday. If the Eagles get hot from outside and Wake falls into a habit of settling for bad shots, Central could stay in this game and give Wake a run for their money. The good news for Wake is that the Eagles have been pretty bad at guarding the outside shot so perhaps this is a game where we can get hot and just blow a team out, boosting the Deacs' confidence.

3. Getting to the free throw line

Wake and Central both go to the free throw line a lot when compared to the their peers in the NCAA. Wake has gone to the free throw line an astounding 80 times through two games and despite not shooting too well once they get there (61.3% on the year) a key for Wake this year is going to be consistently getting points when the clock is stopped. Look for the Deacs, led by C.J. Harris, to try to penetrate the lane a lot from the motion offense and get to the line. Given Central's tendency to send opponents to the line a lot I would be surprised if Wake doesn't have at least 30-35 free throw attempts. If Wake can make 25 free throws in the game, regardless of how many free throws are taken, the Deacs will win this game by 10+. On the other hand though, if Central gets to the line a lot and converts while maintaining discipline on the other side of the ball they could threaten the Demon Deacons.

Wake is just a lot better than Central and I expect this to be shown tonight during the game. Wake is 2-0 and coming off a couple of wins in which there was a second half scare (tied with Loyola with 10 minutes left, Ga. Southern cut the lead to 5 with 10 minutes left) the Deacons will look to put away a team early and work on things for the future in the second half.

Wake will lead by 10 to 15 at the break after getting off to a hot start to put away the Eagles relatively early on. This will be a solid final game before three games in four days starting on Thanksgiving Thursday against Dayton.

As always, comments/criticisms/corrections/concerns are all welcome and encouraged. Go Deacs!