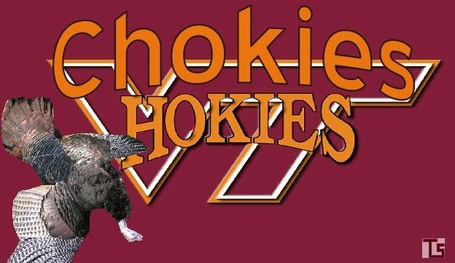 The 16th ranked Virginia Tech Hokies come to Winston-Salem to take on a resurgent Wake Forest team, entering the game 4-1 and 3-0 in ACC play for the first time ever. Both teams are coming off wins last week. The Deacons upset 23rd ranked Florida State 35-30 in a dominating performance by the Deacons, while the Hokies snuck by a mediocre Miami team 38-35 on a late 19-yard touchdown run by quarterback Logan Thomas.

For the Deacs to extend their winning streak to 5 games and push their conference record to 4-0 it's going to take quite the Homecoming effort to knock off a very solid Virginia Tech team.

Click through to see keys to the game, odds on the game, and bold predictions

Wake Forest enters Saturday's game having received a relatively good amount of media attention around the internet. The game is without a doubt the top billing in the ACC as it has ACC Championship Game implications for both divisions. With a loss tomorrow Virginia Tech has two conference losses after a crippling 23-3 loss at home against a top-ten Clemson team. The way Georgia Tech has been playing lately, two losses could all but eliminate the Hokies from December Charlotte contention. If Wake manages to sneak by VPI this week, they would move to 4-0 and in a tie with 8th-ranked Clemson if the Tigers can grab a road win at College Park this weekend against Maryland.

While it's relatively early, both divisions are proving to be different animals. The Coastal Division has five teams with zero or one loss and still requires a lot of sorting out with Georgia Tech being the favorite. In the Atlantic it is essentially already a two horse race. Wake and Clemson both sit at 3-0, Maryland is at 1-1, and every other team has at least two losses. Florida State needs both Wake and Clemson to lose three games while they win out, something that won't happen, while both N.C. State and Boston College are just terrible.

Moving the focus back to tomorrow's matchup between the Deacs and Hokies, there are several keys to the game which will be critical to keep an eye on:

Virginia Tech enters the game 32nd in the country in running the football, averaging 192 yards a game. Junior running back David Wilson has really come into his own this year with a stout 767 yards on 130 carries for 5 TD's (127 ypg). He has only failed to go over 100 yards in a game once this year, against Arkansas State, but has been in a bit of a touchdown slump recently scoring only 2 TD's in the Hokies previous five games after a 3 TD outburst in the season-opener over FCS Appalachian State. Senior Josh Oglesby promises to get a few solid carries spelling Wilson in the backfield as well, while quarterback Logan Thomas is certainly able to get out of the pocket and cause some damage on his own, averaging 30 yards a game.

Wake's rush defense is perhaps equally as impressive considering how far the team has come from last year when the team ranked 98th in rush defense allowing 191 yards a game on the ground. This led many to wonder if the 3-4 scheme which Wake switched in to prior to the Maryland game was effective with an undersized NG up front in Nikita Whitlock. Well both Whitlock and the rest of the defense have answered critics this year as the rush defense has vaulted to 22nd in the nation allowing 102 yards a game. Boston College put up the most yards against the defense with 148, but the Virginia Tech rush offense is unlike any other team Wake has encountered so far.

The winner of this battle will most certainly have the upper hand in the game. If Wake can stop the run early and force Thomas to throw the football, that is a huge victory for the Deacs. Anytime the ball is in Thomas' hand rather than Wilson is a plus for the Demon Deacons. On the other hand if VPI is able to establish a running game early and often, something Wilson excels in averaging 5.9 yards a carry, it will be difficult for Wake to corral both the rush attack and Thomas' ability to find receivers given time in the backfield.

Virginia Tech has some injury concerns for the upcoming game, with two of their front seven starters slated to miss the game. Both DE James Gayle and OLB Jeron Gouveia-Winslow will be out Saturday night, with ankle and foot injuries respectively. Virginia Tech certainly has far more depth on defense than many other teams in the nation and Beamer's defense-oriented strategy has allowed for the roster to be saturated with good players. That being said the loss of two starters will always be tough to work with and overcome.

Wake will need to take advantage of these injuries to try to establish a running game, yet the Deacs have injury concerns of their own as starting running back Josh Harris is questionable for the game with a hamstring injury and will more than likely not get his normal number of carries or will appear only in emergency situations. This leaves senior backup Brandon Pendergrass with the onus of carrying the pigskin for the Deacs. Grobe has also stated that true freshman Orville Reynolds, who he has called the fastest player on the team, will dress for the game and may play if pressed into action.

If Wake is able to average around 4 yards a carry, it will give Price more time in the pocket to pick apart the Hokie secondary. It will be interesting to see how Wake handles the VPI injuries. Fans will more likely be much more confident the more Price has the ball in his hands as he is poised and confident in the pocket having tossed ten touchdowns while only throwing two interceptions, but there is certainly a chance for the rush offense to have an impact with Gayle and Gouveia-Winslow out.

The "battle" of special teams

The two teams should just agree before the game to not punt the ball. Both teams are, to put it nicely, horrific at punting the football. Both teams rank in the bottom 7 in the nation in yards per punt, and feature the two worst individual punters in the country (averaging the NCAA mandated 3.6 punts a game for statistical purposes). Wake's Alex Wulfeck is the second-worst in the nation averaging 36.57, but he looks like Ray Guy compared to Virginia Tech's Scott Demler who is averaging an atrocious 33.09 yards a game. For comparison, Purdue's Cody Webster leads the nation with 48 yards a punt. In other words were Virginia Tech to play Purdue in a game and both teams have 5 punts, Purdue would gain an advantage of 75 yards over the course of the game.

Both teams are markedly improved in the area of field goals though as Wake's Jimmy Newman is 11 of 12 on the year and has made ten in a row after missing his second attempt of the season against Syracuse. Newman has missed two extra points on the year, one against Syracuse, and one that was blocked last week against Florida State. Virginia Tech's placekicker Cody Journell is 6 of 9 on the season and has only missed one extra point on the year.

Special teams is an area of the game where Virginia Tech has excelled over the years prompting the moniker "Beamer Ball" but this year is different than previous ones as the special teams has really not been very good for the Hokies.

Cyhl Quarles will lead the Deacs in tackles.

David Wilson will run for at least 100 yards.

Logan Thomas will be a non-factor in the game, taken out of his element early and forced to make bad throws into coverage. Wake's blitz scheme will keep the Hokie offense off-balance and Nikita Whitlock along with Kyle Wilber will be in the backfield frequently.

Virginia Tech opened at -7 but most lines have moved slightly in favor of Wake and the consensus appears split between -6 and -6.5 for the Hokies

I may be a homer, but I think Wake wins this one. The players are chomping at the bit to get back on the field after last week's win over Florida State. Groves Stadium is going to be absolutely rocking in front of a homecoming crowd, at a night game, with a new video board and it is going to be loud. Wake will come out hot and get out to an early lead before holding off the Hokies down the stretch. VPI will come up slightly short on a drive to win the game when the Deacs force a turnover in the waning minutes.

All comments are welcome and this should be one of the more exciting Wake games in quite some time. Go Deacs!