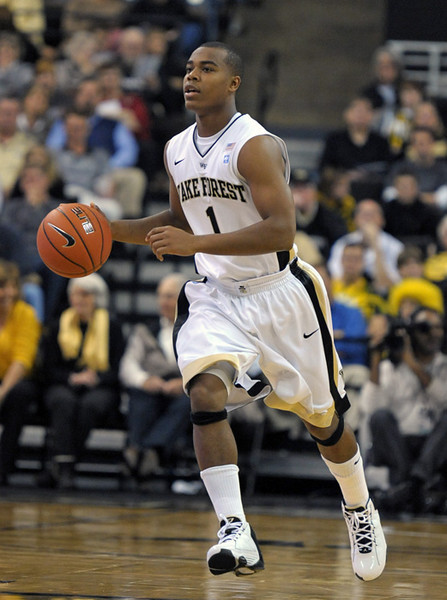 Photo thanks to Bob Hebert

It's not a miracle, but it's a start. Via various reports, including Dan Collins of the Winston-Salem Journal, freshman PG Tony Chennault will be active in tonight's game against the Georgia Tech Yellow Jackets in Atlanta. Chennault, sidelined since injuring his foot in the first game against Stetson has been sorely missed for his vocal attitude and ballhandling.

The guard out of Philadelphia was a proven winner in high school and showed a committed leadership role during summer league games. It will be great to have Tony back, even in a limited role tonight, and to get the chance to see what he can do on the hardwood...assuming he doesn't try to do too much. The worst possible thing at this point would be to become reinjured or suffer another setback.