Share All sharing options for: New Wake Basketball Commit for 2011 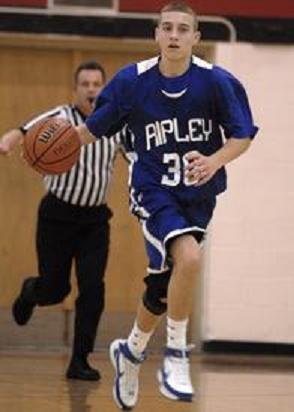 Chase Fischer, a 6-foot-3, 165-pound combo guard from West Virginia, becomes the first recruit of Wake Forest's 2011 basketball class, as well as the first commit of the Jeff Bzdelik era. Fischer, a two star who formerly committed to Marshall before backing out when head coach Donnie Jones went to Central Florida, was strongly considering both Central Florida and Wake Forest. He also had interests from Virginia Tech, Ohio, and Virginia Commonwealth.

Scouts from ESPN gave the following breakdown of Fischer's game from last year:

Fischer has a thin body and would benefit from adding strength and muscle to his wiry frame. However, his lack of strength does not interfere with his effort as he plays very hard on both ends of the court, though it does sometimes hurt him when defenders play him physically on the perimeter and Fischer cannot get into the paint due to his lack of strength. Fischer does not have elite athleticism or quickness but he can work off the dribble for scoring chances. He also has range that extends out to the 3-point line on his jump shot and has a nice follow-through on the shot. Fischer has very good vision and passing ability, easily spotting open teammates. He also has to alleviate his tendency to over-dribble which sometimes causes him to miss open teammates or over-penetrate into trouble.

Fischer has been heralded by scouts as being a solid player with good court vision and a quality jump shot. Last season he finished second in voting for the Evans Award behind West Virginia-commit Noel Cottrill. Fischer averaged 32 points a game last year, tops in the state, and was voted 1st-team All State.

Fischer took an unofficial visit to the Winston-Salem campus last weekend, and was more than likely the mystery recruit we reported seeing with Coach Bzdelik.