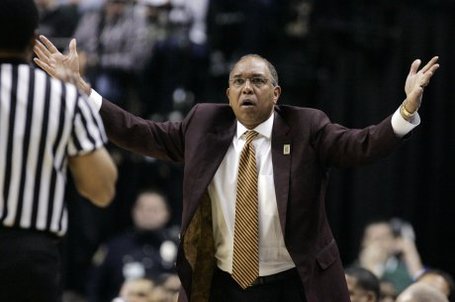 According to various sources including The Detroit News, Oregon is going hard after Minnesota Head Coach Tubby Smith. Smith, 59, is in his third season with the Gophers. The former UK head coach was reportedly offered a contract at $2 million a year to coach the Ducks, a $200k raise over what he is currently making at Minnesota.

Tubby Smith has been in consideration as a candidate to replace Dino Gaudio at Wake Forest, but his age and lack of positive momentum lately have many believing that Wake AD Ron Wellman might shy away from shelling out the $2 million or more for Smith's historical pedigree.

There are reports that Oregon may also offer the job to Michigan State Head Coach Tom Izzo.