Dino Gaudio Out At Wake

Share All sharing options for: Dino Gaudio Out At Wake 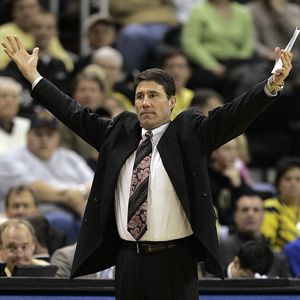 Multiple sources are reporting head coach Dino Gaudio has been fired after 3 seasons at Wake Forest. Gaudio was 61-31 in three seasons at Wake Forest after taking over the program following Skip Prosser's sudden death in 2007. Gaudio made the NCAA twice as well as taking the Deacs to the number one ranking in the country in January of 2009. Under his tenure the Deacs had two first round NBA Draft picks, as well as a potential lottery pick in this year's draft in Al-Farouq Aminu. There is an official press conference at 4:30 in Deacon Tower with more details to follow.