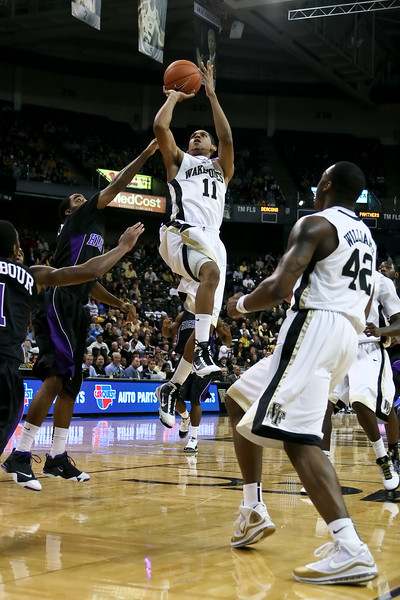 Here is part two of our Postseason Coffee Talk. We discuss the impact of the freshmen and our season outlook for 2010. As always, feel free to continue the discussion in the comments.


You can find part two of BSD's chat after the jump...

MRickman: So on that note, what do you expect overall out of the team--Bart, Rob?

BJohnston: I expect to see a team which has a more pronounced and clear offensive ideology than teams we have sat through over the past three years. I watch a fair amount of basketball and I'm still not sure what our offensive gameplan was other than isolation plays. On the defensive end I would like to see Bzdelik bring his match up zone to Wake and see how that works in the ACC system. The packline was successful last year but also gives teams  many open shots when they are able to rotate the ball around against good defensive pressure.

Reinhard: I expect to see improvement over the course of the season. I expect to see flashes of excellent basketball, but I also expect to see flashes of sloppy basketball. Like I said, i believe we will benefit from a down ACC, but the ACC is still the ACC. Freshman are still freshman. I believe we will have more movement on offense, which will allow us to get easy buckets. We should also be a better shooting team. We will miss Aminu's offensive rebounding ability, which allowed us to get 2nd chance opportunities. However, i believe our big men working as a unit can help to replace most of what Aminu provided. However, it's not easy to replace a lottery pick. I do think Bzdelik's match up zone would be effective against the ACC, mostly because ACC teams aren't as acustomed to going against that type of defense. Overall, I expect to see 15 wins overall, with 6 or 7 of those coming in ACC play.

MRickman: Rob, you and I are on the same wavelength today. I've got the Deacs pegged at around 16-17 wins and I have a sneaking suspicion they'll make it to the Semis of the ACC Tournament, which would be a refreshing site to say the least. I wouldn't be surprised at all if one, if not two guys make it on the ACC Freshman team and I expect Ari Stewart to have a true breakout season. A lot of shots are going to be available this year that were being taken by Ishmael Smith and AFA, and I don't think the Deacs will have any problem finding personnel to take those shots. It might be sloppy, we might be shaking our heads, we might be screaming, but I think we'll be still smiling when the season is over.

RJohnston: Of the 5 freshmen, who will have the biggest impact on the team next year?

BJohnston: Next year, I expect Tony to have the biggest impact simply because of the role that he is going to be expected and allowed to fill. He is going to see substantial playing time and will certainly be thrown right into the fire from day one. CJ can play point in stints, but Chennault is the only true point guard on the roster.

Reinhard: J.T. Terrell. Big men will take time to adjust to the college game, as will point guards, but J.T. can step in and play right away. He has unlimited range, and a great feel for the game. He will not be intimidated by the ACC. He wil arguably be our best shooter, and the best shooter will find a way on the court, and possibly into the starting line up. I could see him averaging 12 or 13 points per game next season, which would be great. I wouldn't be surprised if he is on the ACC All-Freshman team next season.

BJohnston: I would not be surprised to see him second in the ACC Freshman of the Year voting behind Mr. Harrison Barnes.

MRickman: Obviously Tony will be the floor general and will be thrown in the mix right off, but by year's end, I think the player with the biggest impact will be Carson Desrosiers. I think he will impress Coach Bzdelik immediately with his skillset and basketball IQ and seeing as there is a glaring hole at the 4 spot, he can slot right in. I can see Carson being a focal point of the offense as the Deacs play an inside-out game with a bunch of cutters and screens. If we are going to run a pro-style offense, we need a guy like Carson Desrosiers to step up.

RJohnston: I agree with Bart that Tony Chennault will be thrown right into the fire. He is tremendously underrated by all recruiting websites, but JT Terrell will have the biggest impact. He is the best player out of the five and gives us an immediate shooting threat from outside. He will drive some of our older fans crazy with his swagger and the shot he takes, but I think he is EXACTLY what we have been lacking in the past few years. If his "never say die" attitude can carry over to the rest of the team, Wake Forest will be a scary team to play. I think Terrell will make the All-Freshman team and 2 others will challenge for it.

BJohnston: I'm very excited to see what next year's Wake Forest basketball team puts out on the court.

MRickman: I think we all are.

RJohnston: Should be a very entertaining year and nice to see an identity on offense with good team basketball IQ.

MRickman: Thanks guys, I'm sure we'll have plenty to talk about in the coming weeks, especially when the coaches start to turn up the heat on the 2011 recruits.

RJohnston: Thanks for having us!

Renhard: My pleasure. Can't wait for the season! Go Deacs!