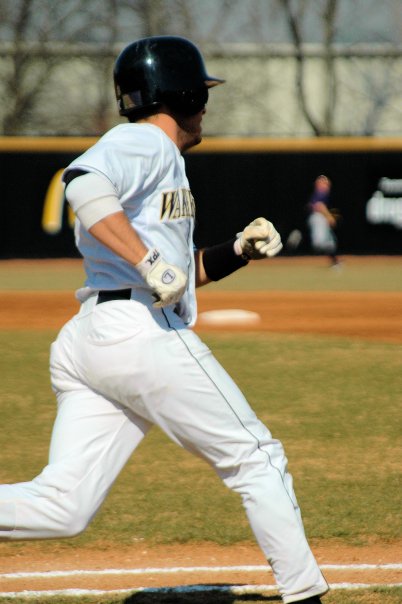 The Diamond Deacs jumped all over the Xavier Muskeeters for the second straight day, winning by a score of 6-1. Led by freshman starter Tim Cooney who allowed only one run over 7.2 innings and Mike Murray's 5th inning two run shot off of Xavier starter Tommy Shirley, the Deacs cruised to their second victory of the series. Wake improved their record to 5-6 while Xavier falls to 1-8 on the year.

For the second game in a row the Deacs struck in the first inning, taking advantage of Pat Blair's lead off single followed by Ryan Semeniuk's walk. A Steven Brooks' single brought Blair in from first and gave Brooks his first of two RBI's on the day.

One run was about all freshman Tim Cooney would need. Cooney retired the first 8 batters he saw and faced the minimum number required through four innings, helped in large part by poor base-running for the Musketeers who have now been picked off four times in the past two games. The Musketeers were able to get a run across in the top half of the 5th on a sacrifice from 3rd baseman Patrick Paligraf, but Cooney recovered to pitch three more innings before being replaced with two outs in the 8th by Ryan McGrath.

After a quick start in the first inning, the Deacons kept the momentum going at the plate in the third. Semeniuk drew his second walk in as many appearances to leadoff the inning and following a Brooks strikeout and DH Mike Murray reaching base on an error by 1st baseman Ben Thomas, Mac Williamson flew out to center field which was more than enough to score Semeniuk from third.

Following Xavier's run in the top half of the 5th to cut the Wake lead in half to 2-1, Mike Murray ripped a 2-1 offering from starting pitcher Tommy Shirley over the right field wall for his first homer of the year. The Deacons extended the lead in the 7th behind back to back RBI hits from Steven Brooks and Mike Murray. Murray ended the day going 2-4 from the plate with one HR, 3 RBI's, and a run.

Zach White came on for a perfect ninth with 2 strikeouts on only 12 pitches thrown.

Cooney improves his record to 2-0 on the year with a 1.35 ERA while throwing 17 K's versus only 1 BB. Combined with Michael Dimock's six inning start yesterday, Deacon starters have now pitched 13.2 innings in the series and allowed only one earned run. Tommy Shirley took the loss for Xavier and is now 0-2 on the year.

Tomorrow's first pitch is slated for 1:06 P.M. at Wake Forest Baseball Park as Wake Forest goes for series sweep over Xavier. Austin Stadler is projected to pitch for the Deacons. After this weekend, the Deacs take to the road for a 5 game trip over Wake's spring break.