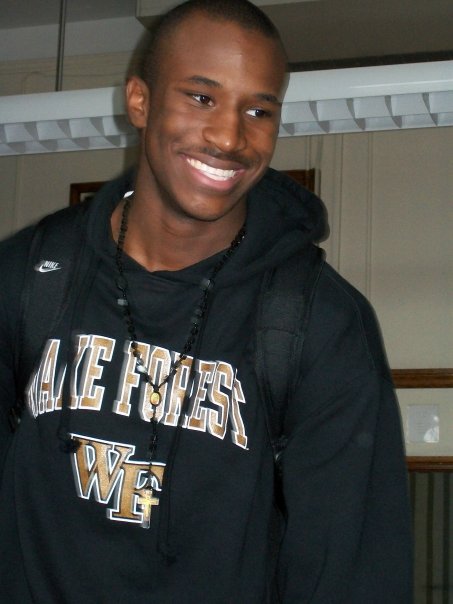 Now that the season is over and we have had a couple of days to digest, it's time to look at what the Demon Deacon basketball team will look like next season. The class of Ishmael Smith, L.D. Williams, Chas McFarland and David Weaver (and for the sake of this discussion, Al-Farouq Aminu) will be missed, but with this being Dino's second true class as head coach, it appears that we are entering a new chapter in Wake Forest basketball.

First, let's take the remaining players on the roster:

The first noticeable difference is the lack of true, well, experience on the roster. I want to believe this is misleading, as C.J. Harris started for most of the year and Ari Stewart and Tony Woods logged a ton of minutes over the course of this season. That's three players, presumably slotted into the starting lineup, who are able to shoulder much of the "experience" load. Would you like to see more juniors and seniors? Yeah, but it isn't as if this is what the team looked like during Ish and L.D.'s freshmen year. You also have a senior in Gary Clark who will be battling for minutes as well. Gary was inconsistent this year and a lot of that could be chalked up to sporadic minutes, but he will need to work hard to get himself in the lineup.

For all intents and purposes, Ty Walker redshirted this year. He got some minutes here and there, including a nice burst against Kentucky, but this is his first real year to insert himself in the rotation and show what he is made of. From all reports, Walker has worked extremely hard on the court and in the weight room, and playing against the starters day in and day out in practice has to have helped him. If the Deacs are to have success next year, they do need the potential of Ty to show itself.

Ari and C.J. need to get themselves to the point where they are go-to guys every night. Stewart is always looking for his shot and just needs to improve his ballhandling ability, his decision-making and his shot selection. And he needs to come into his own as a defender. Those are all fixable things. Harris needs to finish his drives, trust his shot more and get in the weight room. Both will play a pivotal role.

Tony showed a great burst at the end of the season and that is something to build off of coming into next year. His footwork and hand look better and he seems more in control of his body. As he continues to work in the off-season, I anticipate Woods becoming a real low post threat. The light seems to have come on for the big fella.

That brings us to the newcomers.

Nikita is a question mark. He played ok at Georgetown when forced into the starter's role, but looked downright terrible a lot of the time, especially in the few minutes he played this season. What he has going for him is a fresh start (there are questions about whether he got along with the other GU players), his size and the fact that he gets an entire year to work on his game and strength. Any contribution from him next season will be a bonus.

The freshman class is the key to the year. Expectations are high for this group, but you never do know what you are going to get out of freshmen, both good and bad. All five definitely have the potential to earn minutes. Tony Chennault, in my opinion, has the best chance to start. He is a tough, heady Philly kid and a pure PG (even though he played off ball in high school due to the fact that a smaller true PG was kept at the point). His body is college ready and he knows how to lead talent as he is the senior captain on one of the best high school teams in the nation. Bow Wow seems up to the challenge of replacing Ish Smith.

Travis McKie might be the most polished player in the class. He is extremely well-rounded offensively and was a do-it-all player on his high school team. He absolutely hates losing and has an unquestioned passion for the game. He will be battling for starter's minutes from the get go.

J.T. Terrell's talent has been well-documented, as recently as this weekend when he won both the dunk and three-point contests in the N.C/S.C. All-Star game. He is a flat-out scorer and seems to have a mean streak in him on the court. Did we mention Juice's swagger? He needs to commit on the defensive end though, and Dino will make that perfectly clear from day one. He'll play a lot, he'll shoot a lot and he'll score a lot.

Carson Desrosiers has earned himself all kinds of ink in the Massachusetts press this season and for good reason. The big fella took his team to the championship game and hit the game winner. He is skilled around the hoop, can hit the 15 footer and is great at altering shots and outlet passes. His game reminds me of a European post player's. He needs to add bulk to his frame so that he doesn't get pushed around down low, but his finesse should really help him out.

Melvin Tabb is a solid all-around player. Although not as touted during his senior season as during his junior campaign, Tabb has reportedly worked on his shot and his game in general. He has a strong body and rebounds well, is a decent passer and can knock down mid-range jump shots, as well as finish around the hoop. Where he fits in is not quite sure yet as even he has mentioned that he doesn't know if he will play the three or the four. He expressed that he will just play wherever the team needs him to. And that's pretty much where Tabb fits in on this team. With a squad that has a lot of guys with scorer's mentalities, Tabb will be an essential hustling glue guy who will bang down low and do the dirty work.

This class is one of the most anticipated in recent memory, and for good reason. It is hard to gauge how well the team will play next year because there are so many unanswered questions that have to be played out, but that notwithstanding, it stands to reason that Demon Deacon fans have a lot to be excited about.