Share All sharing options for: Chris Paul celebrity bowling to air on Sunday 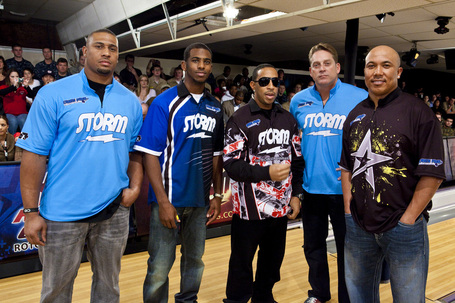 Former Wake PG and Winston-Salem native son Chris Paul hosted his second annual Chris Paul PBA Celebrity Invitational in January and the telecast will be shown on Super Bowl Sunday at 2 PM on ESPN. Paul, a three-time NBA All-Star, is an avid bowler and last year's event seemed like it was a lot of fun.

Participants included: Ludacris, Hines Ward, Jack Del Rio, LaMarr Woodley, as well as a bunch of PBA players. The event is a big fundraiser for Paul's CP3 Foundation, and Garth Brooks gave $1,000 for every strike thrown by the celebrities.

Click through the jump for a video about the event.