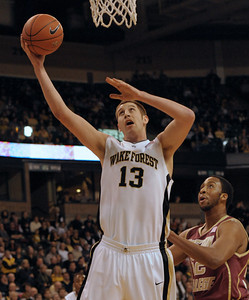 It's Thursday. Today is going to be a struggle, I can feel it already. Maybe that's evidenced by the linkdump not getting up till 10, or the fact that I got to work late after sleeping through my alarm, or any number of other reasons. But despite that, I'm fighting through and am here to give you the best around the web. Content might be a bit slow today, but if you think of anything you want me to cover or discuss, I'm all ears.

Early Season Matchups That Could Change The Perception Of The ACC | Bleacher Report
Wake Forest at Stanford This game last year might have been the elite win for the conference. That game was on the East Coast, and with Riley Skinner. Jim Grobe and the Demon Deacons are going to have to travel cross country with an inexperienced quarterback. Stanford did lose star running back Toby Gerhart, but they have Luck (quarterback Andrew Luck) on their side. Early Prediction: Stanford 27 Wake Forest 20

Golf News | Golfweek | Gielow’s golf marathon ends with a victory
When Wake Forest’s Brendan Gielow returned to Winston-Salem, N.C., Tuesday night, he ended a whirlwind journey. In a five-day period, Gielow played six competitive rounds in two states and walked away with one trophy. Oh, and he traveled through four states to make it happen.

My Take on Wake - Style Points in Scarce Supply | JournalNow.com
That brings me back to the question I should have asked Dino. This year’s team has been holding steady on defense. Overall only eight of Wake’s 21 opponents have made at least 40 percent of their field goals, with Maryland astride the mark. But since the three-game sag during which Miami shot 46 percent, Maryland shot 40 and Duke shot 43, the Deacons, coming into tonight had allowed only one of its last five opponents to shoot 40 percent. So now, after BC’s 46 percent, it’s two of the last six. Most coaches could live with that, quite comfortably in fact.

Column: A white-T affair ahead - Sports
You always see the famous student sections on TV going crazy on ESPN, like Wake Forest with their tie-dyed shirts and the Cameron Crazies at Duke. Even about 40 minutes away from Lantz Arena, University of Illinois has a united student section - the Orange Crush. We want to make a good impression on ESPN and make them want to come back because of our fans and the quality of basketball we play.

Scout.com: Calvin Caldwell - His Early Favorites
How about some early favorites, would any be on that list? "Yes sir you can say that I have some schools that I would consider as some favorites. Georgia Tech, Duke, Vanderbilt, and Northwestern would be some favorites out of the schools I have heard from. One school I haven’t heard from is Wake Forest but I do like them too so you can add them into the group."

Online Casino News : College Hoops Takes Center Stage
Wake Forest: Wake has a workhorse in the frontcourt in 6-9 sophomore Al-Farouq Aminu (16 ppg, 11 rpg). Teamed with 7-foot senior Chas McFarland (7.4 ppg, 7.5 rpg), they can crash the glass with anyone. The Demon Deacons have been stepping up the defense lately, with a 4-0 run under the total the last two weeks. Last week they beat Miami allowing 39% shooting! This backcourt is sharp with C.J. Harris and Ishmael Smith, as well. They are not a bad road team, but do have trouble stepping up in competition, as in blowout losses to Georgia Tech and Duke, both on the road.

SB Nation Power 16 Ballot: Week 6 - BC Interruption
Wake Forest joins the party as our second ACC team. The Deacs took down UVA in OT on Saturday, and then had a dunkfest on BC yesterday. The rest of the ACC schedule sets up prettty, prettttty, pretttttty good for Wake. Now if they can learn to close out teams down the stretch, this team can easily make it through the first weekend of the NCAA Tournament.

Five Pahokee players picked all-state in Class 2B | High School Buzz
Despite one of their most frustrating seasons of the decade, the Pahokee Blue Devils landed five of their star players on the Class 2B all-state team. All three Demon Deacons made it!

Pacific Palisades -- Palisades-Post
Palisades High senior Erika Martin has accepted a track and field scholarship from Wake Forest University, signing the national letter of intent last Wednesday. Top track schools took notice of Martin last summer when she won the Bronze Medal in the heptathlon at the 2009 AAU Junior Olympics in Des Moines, Iowa. Last spring, Martin qualified for four events at the City Section finals and she placed 18th in the 100-meter hurdles with a personal-best time of 14:88 seconds at the state track and field meet in Sacramento.

Arts and entertainment briefs | Salisbury, NC - Salisbury Post
NSSA media roundtable - The National Sportscasters and Sportswriters Association presents a media roundtable of four well-known sportscasters who will share their thoughts at the Salisbury High School auditorium Friday, Feb. 12, from 4-5 p.m. Participating will be Marty Brennaman, the play-by-play voice of the Cincinnati Reds, a NSSA Hall of Famer and 15-time NSSA Ohio Sportscaster of the year and former voice of Rowan County Legion baseball. Also on the panel is Stan Cotten, the play-by-play voice of the Wake Forest Demon Deacons and a two-time NSSA N.C. Sportscaster of the year.

Woods is eligible to play
John Clougherty, the ACC's coordinator of officials for men's basketball, confirmed yesterday that Woods will not have to serve any additional penalty for his role in an altercation in Tuesday night's game against Boston College. Woods was ejected for a deadball flagrant technical foul after the officials reviewed the play and ruled that Woods elbowed Corey Raji of the Eagles in the face.